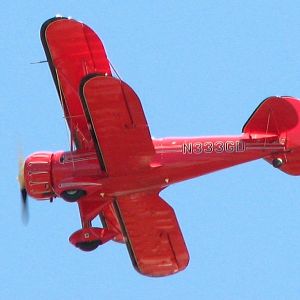 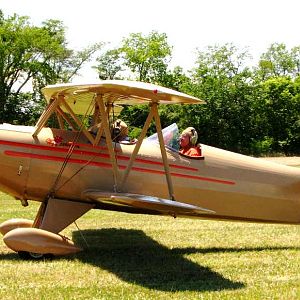 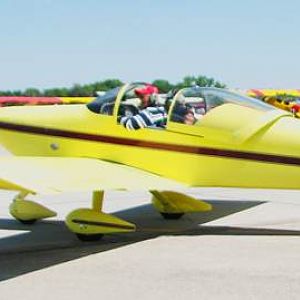 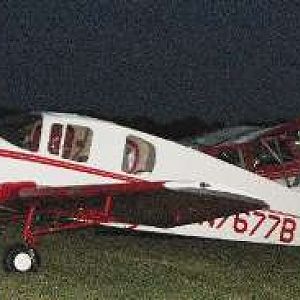 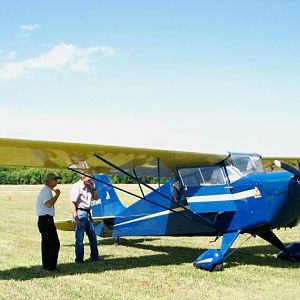 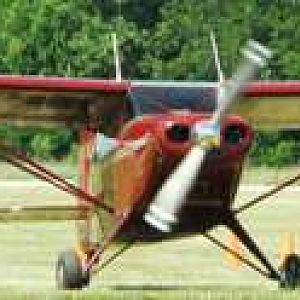 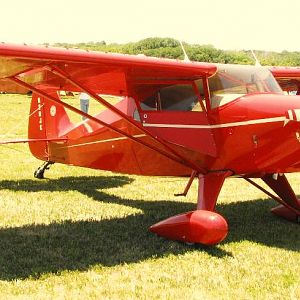 Bellanca Crusair Senior, at the 2012 National Biplane Fly In

Bellanca Crusair Senior, forerunner to the famed Bellanca Viking, shown at night at the 2012 National Biplane Fly In. The Crusair was one of the first retractable-geared light aircraft, with a sleek cantilever low wing in the 1940s, but otherwise of very old-fashioned construction (an all-wood wing, with a steel-tube-and-fabric - \'tube and rag\' -- fuselage).


Distinguished by its oldstyle construction and rare triple-tail, it gained the irreverent nickname \'Cardboard Constellation\', in comparison to the giant, triple-tailed Lockheed Constellation airliner of its time.) Crusairs are known for excellent handling and were (at least when new) exceptionally efficient aircraft, yielding Bonanza-like cruise speeds with barely-competitive engines.
Click to expand...
There are no comments to display.