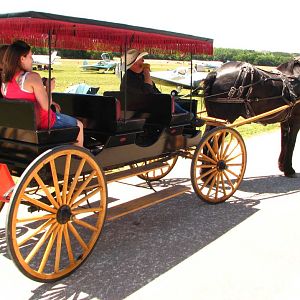 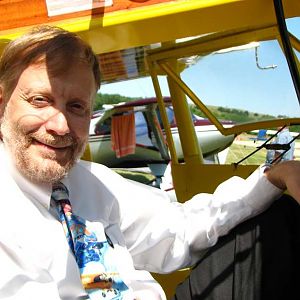 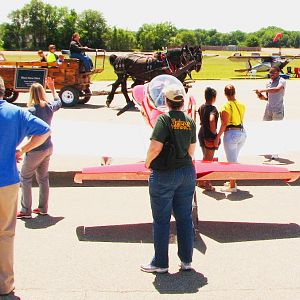 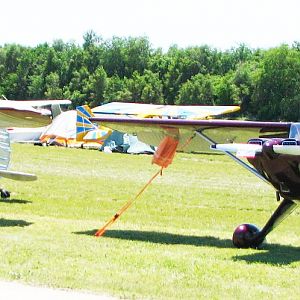 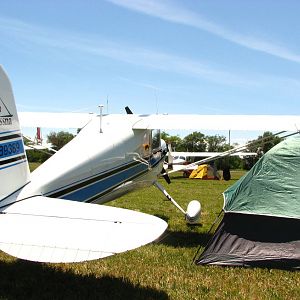 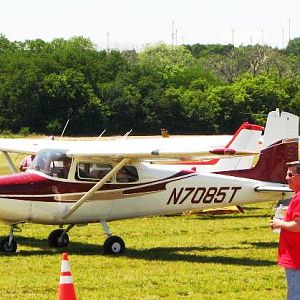 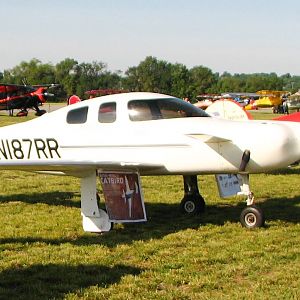 Brothers in the blood, a Cessna 140, at left, and Luscombe 8A, at right. Their remarkable similarity -- despite official denials from their manufacturers -- is much more than coincidence. Both owe their trend-setting legacy to Kansas\' first successful aviator and airplane-builder, Topeka\'s Albin K. Longren,

On Sept. 2nd, 1911, became the first Kansan to build and fly the first Kansas airplane from Kansas soil. His early designs included America\'s first composite-shell aircraft, built around World War I with techniques used on today\'s \'cutting edge\' composite aircraft designs.
In subsequent years, Longren\'s company and inventions generated a host of new aviation enterprises, with Longren, after patenting the idea of the modern aluminum shell airplane in the early 1930s, and the stretch press for forming them, largely influenced the development not only of the Luscombe (which started in Kansas City, with Longren as an engineer), but also the Cessna 140 (Longren was named Cessna VP, in trade for use of his patents). By the time each plane was in production, Longren had moved on to other manuufacturers, eager for his expertise.
By World War II, Longren had moved to Southern California where his Longren Aircraft Co. was a major technology consultant, technology supplier and subcontractor to most of America\'s major plane makers into the jet age.
His legacy to general aviation, though, his most clearly shown in the stunning resemblance of these two pivotal landmark light airplanes.
Click to expand...
There are no comments to display.