One of the young guys in the shop is looking for an entry level biplane. Must be something built very well, doesn't have to be pretty- a little TLC needed is ok as is minor fabric work and repairs. He is building his own airplane but really needs something to fly. Due to his height any one the really small biplanes are out of the question.

Feel free to email me if you know of anything.

Before giving any advice, much more is needed to be know about the buyer.

The spread between the average overweight/pick-up truck EAA Biplane through AS-1's to the best long S1C is about the same as from an F150 to a Shelby Cobra......

A "decent" EAA Bipe made for a taller pilot may indeed be a bunch of bang for the buck but OTOH for many of us who have owned a Pitts the quote of my old mentor about ALL the other little biplanes when compared to a Pitts holds some truth. They are,

"Just another face in a crowd"

IMO You will never go wrong with a good Pitts. It will not take several years to sell with several price reductions along the way. The problem will be finding one.

I suspect there are more than a few nice AS1's out there too and they could very well be a nice ride?

For any given design, there are nice ones and those not so nice.....

If your a big guy options are limited dor sure thats why i chose my EAA bipe but the others are rite it will be slow in comparison but it should be a great learning platform for me anyway.. 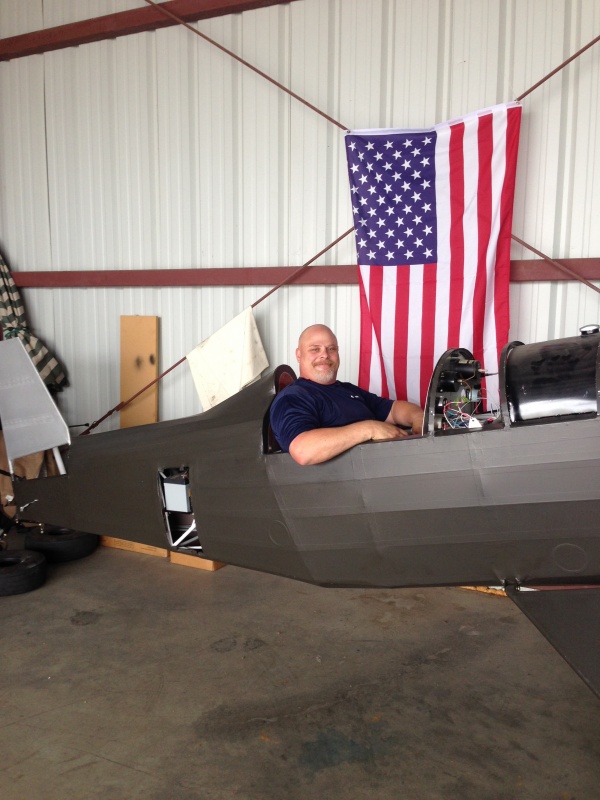 REALLY nice indeed. It would be hard to beat if you fit!

their is a lot of good advice on the forum on bipes, i have been trying to implement what i can within reason and budget,,It sure is nice to have others with exp, to chat with i hope the guys give you some good pointers on which way to shop for the rite fit..myself i will fly this one a few years and probably get a 2 seater like a skybolt or maybe a starduster 2 as i like the lines of them..Thats also beacuse i know i fit in a sky bolt and 300hp sounds like fun,,
T

If your friend decides on an eaa bipe they are on barnstormers usually look for well built ones most of the ones i see cheap look cheap,,personally i want sturdy not purdy if it looks like it was built at home depot it probably was,,i look for aircraft grade stuff in the build of it,, the rest is subject to the task at hand and what it will be doing, there is nothing wrong with thinking outside the box on the acc, just the bones must be solid..so far i have invested about 10000 in making the parts on mine airworthy engine and such,,this may be a lot to some but its my first bipe not my first plane and i take pride in my ride..So the wife is only a little mad at the cost total but in the end its well worth it for me if nothing else just for the build experience..and added safety. I plane on having the nicest most updated little old bipe around here anyway, should be fun,

I have no idea about quality etc but there is a EAA bipe on Craigslist in Dallad area for 7k. Looks like its had a Camo/military paint job but might be a ok start for someone.

I would love 2 have a 2 seater myself but my wife had a good point to build out this one fly it and see how i liked or disliked the bipe,,She is rite for a small amount i can have a nice little solid plane to learn on and go bigger or too somethings else if this is not as i expected..The hard part is staying in build mode till i finish and get to fly,,Patience level arggggg,,

Back when I was looking for my first biplane the cost to go look was relatively cheap. I could get a RT airline ticket anywhere in the east half of the country for less than $75 and get a refund for return if I did purchase the airplane....

I looked at 5 aircraft before I found my Pitts. IMO it's best to get a flying aircraft w/AWC for your first. If you are not absolutely sure what you want consider that the cost in time and money to fly off restrictions is a heavy burden if you are unhappy with your choice. It's almost always cheaper to buy than to build in the long run.....(of coarse I never follow my own advice)

IMO always best to buy the best you can afford . Understand the difference between cheap and inexpensive. I believe there are good deals out there(like this recent AS1 listed here-I do NOT personally know it or it's owners)

One other issue is LSA compliance. A nice light EAA biplane may be LSA compliant. Mine was even with my big butt. Stall was 50 mph (confirmed by GPS) Unless we get rid of the 3rd class medical, LSA is a positive for resale if you are not happy it...

I know where there is a complete Starduster 1 flyer with a fresh o-290 D engine. The cover was stripped for recover and not done. The guy wants 8K but I think you could get it for 6 maybe less. I have seen this plane what seems like my whole life.I almost bought it in the 90's. in flying condition with ugly cover. When Al Kramer owned it I watched him put an Aluminum slab gear on it and I thought it was the coolest thing ever. That was in the 70's. If you are seriously interested pm me your number and I will help you make contact. The plane is in S Cal.
the Robin
R

What ever happened to Al Kramer? He is definitely a Biplane legend! Extraordinary mechanic, tough guy entrepaneur. Not the friendliest sort but I admired him.
P

I can't thank all the people on this forum enough. I think we found our airplane and are going to have a look in a few days. Hope everyone has a great Thanksgiving. I really am thankful for the people on this forum!
You must log in or register to reply here.
Share:
Facebook Twitter Reddit Pinterest Tumblr WhatsApp Email Link
Top