The first that I can recall is N3369G it was the third Marquart MA-4 single place biplane built, mine was the forth. It was built by my dear friend and building welding mentor Bill Clark, and known as the Clark and Dollar special. Later it was sold to a Dr Charles Wickliffe who raced it at Reno in the late 60s in sport biplane class and actually placed third in 1967at the blazing speed of 144.97 MPH! The airplane was based at Ramona airport in southern calif at the time of this incident. The story was told to me by Bill back in the late 60s, there was a big paved slightly down hill area in front the hanger he kept the airplane in. He was going to show a friend the technique as to how easy and safe it was to hand prop and airplane. They had pulled it out of the hanger, it was cold and early in the morning, all of the tricks a little more throttle than was needed as past experience along with being worn out from doing so rendered little but a few mild interest from the engine in starting at best! So they decide to go get some coffee. It had a nice cockpit cover and still early in the morning decided to snap it on over the open cockpit. The airplane had no mag switch only two toggle switches that were left in the on position! When they got back Charles said to his friend I will show you one more time the technique as to how it is done not checking the switches, and with one good flip of the prop, it went on the first blade! Followed by off down the paved area across the taxi way into a ditch and over on its back! It never hit any other thing, and surprisingly did little damage to the airplane, not even the prop was bent!

The second incident that I re call as a young student pilot was the fuel pit at Fla-Bob, I had pulled up behind an Aeronca 7AC champ, it was hot and mid day I was in a C-140 in line to get fuel, and waiting for my flight instructor Jane La Mar, after the Aeronca was fueled up the pilot with no one in the cockpit tried several times to hand prop the airplane, it had a 2 x 4 under the RH wheel and it almost went several times, but he added a little more throttle, and again after several tries, a little more throttle, and when it started with a roar immediately made a sharp RH turn due to the 2 X 4, missing the short fuel pump and proceeded to chop propeller holes about every foot in the trailing edge of a V-Tailed Bonanza that was helplessly sitting in its tie down, and ended up slamming into the RH side where it finally stopped!


The third incident happened not long after I went to work at Stolp Aircraft. I never saw it, as it happened at Chino, but Lou related the story as he ended up buying the airplane from the insurance company, that had totaled it out! The story related by Lou was a C-210 the early strut braced ones and a fairly new airplane at the time. It had just been repainted and the owner wanted to fly it, the battery was dead, and he enlisted the help of his wife who was not a pilot. After priming turning the mags on and setting the throttle he instructed her to hold the brakes, and if anything went wrong to just pull the red mixture knob all the way back as far as she could? The airplane with the O-470 and a C/S prop started on the second blade, and was just setting there idling quite docile as he walked around to get in, his wife moved from the pilot seat over to the passenger seat, and when she did lost her balance and accidentally mashed the throttle in all the way! The O-470 in flat pitch and warmed up did not hesitate one bit and charged off! He barely had hold of the strut and just missed the key before being thrown off! Fortunately he had the fore thought to point it down the taxi way, but it was an unusual set up in that rows of airplanes were tied down in a wide area between the two hanger rows. She was pulling on the red knob for all she was worth, and it would not move, as he failed to tell her in order to pull the knob back you had to push the button in the middle to get it to release! The distance to the chain link fence at the end of the taxi way was close enough to keep the airplane from attaining flying speed before it crashed into it, braking one of the gear castings and collapsed down and just sat their destroying the fence and prop as it threw chunks of chain link fence up into the wing, until the owner pilot had raced up and finally shut down the engine!


The forth story was later when I was based a Hillsboro KHIO Oregon. I was there in the late 80s and early 90s the FAA FSDO was in a office building facing the transit tie down parking area, and the office was on the ground floor of a big two story building, also at ground level were a flight school and aircraft insurance agency, on the second floor was a nice restaurant with a WWI theme that was quite popular at several airports in Oregon and Calif. The Stinson was parked in front of the FAAs window, I remember Jerry Baas, who was the inspector that issued my AW certificate once tell me, what you guys do over in the N/E Tees where I kept my airplane, say its none of my business what you do over there, but when you park your airplane in front of my window, and my boss walks by and says, why don't you go out there and ask the guy who's mags are laying on the ground, just who is going to sign the airplane off! Then you are fair game!

I did not see it happen, but the Stinson guy was having trouble, dead battery trouble with the mags and had been working on it with the cowling off , he had wrapped the tail tie down chain around the tail wheel spring on the Stinson, and proceeded to try and hand prop the airplane. and as the old story goes just a little more throttle, and when it went it really took off, and actually broke the chain, not sure what made it take a RH turn, but bounced off of a Piper twin Seneca and proceeded to travel under the LH wing of a very nice C-182 chewing up and destroying that wing and boring its way into the rear of the 182s rear passenger area, its my understanding that they had to remove the Stinson's prop, or what was left of it in order to get the two of them apart!


I have several more stories, one really bad, and the other somewhat amusing, that happened to my old MA-4 N4521, but they are for another time..


I will end with this FAA safety video from many yrs ago that is most terrifying, as well as sobering! But shows just how terrifying an airplane at full throttle going around and around in between rows of parked airplanes with no one at the controls! I think many of you old pilots will remember it and have probably seen it before, but in my opinion needs to be shown again, so be safe and be careful out there when around airplanes, and think things through really good before you try something that you know is STUPID! Dave 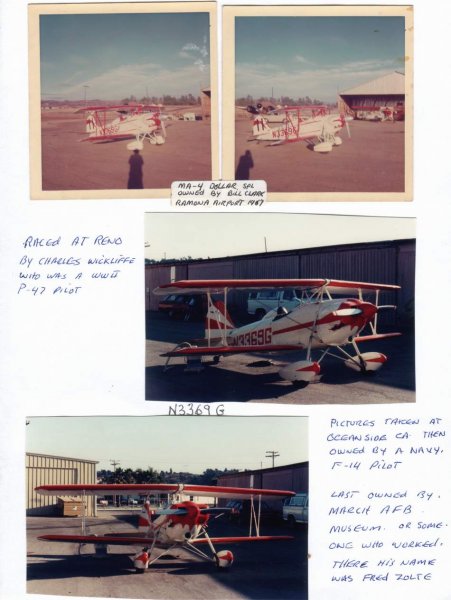 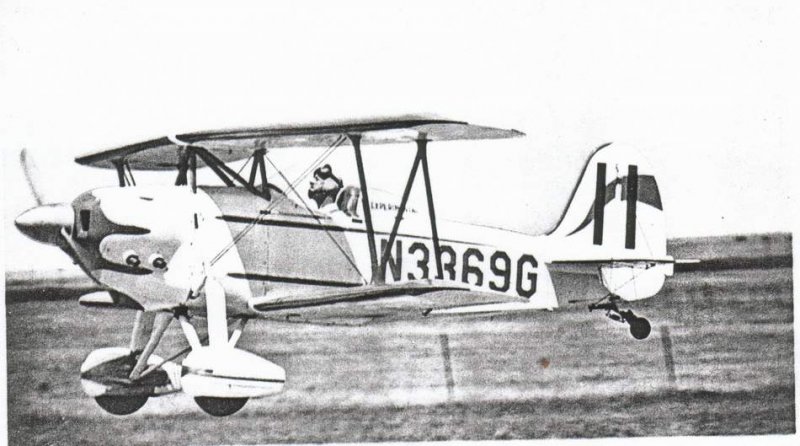 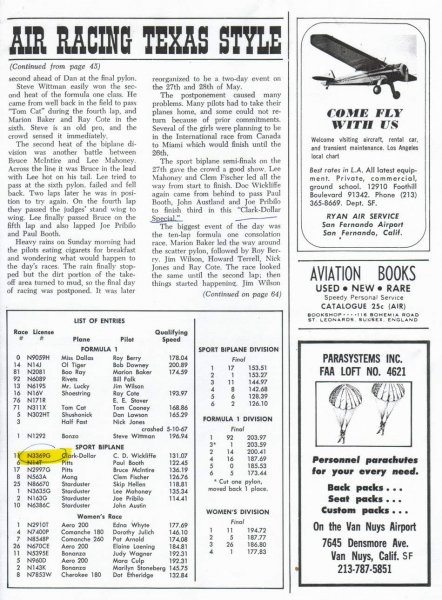 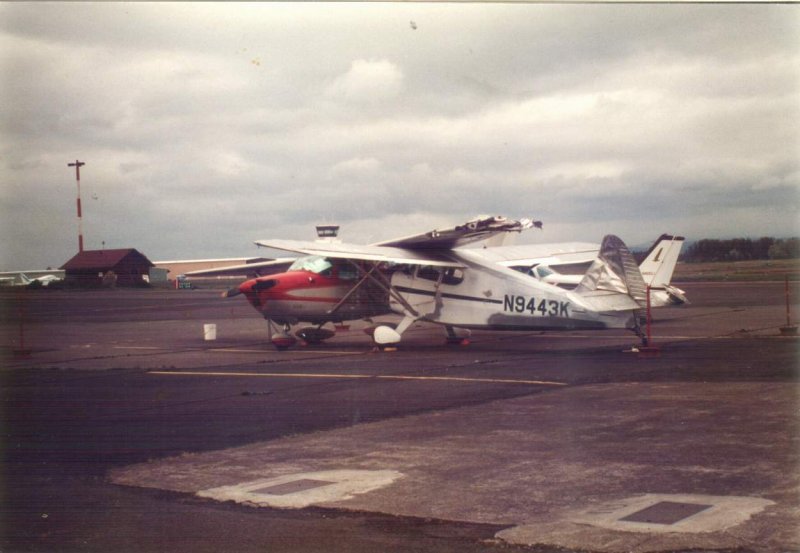 Stalls and Spins The Traffic Pattern
2 3

Culp Biplane/Skybolt with the M14
2