Finally got back to the airplane recently, and with the new N number, I figured a retitled rebuild thread was in order.

I went to clean up the hangar the other day and a buddy came by to offer a flight in his Cessna 140. I jumped at the chance, since he's a CFI and I haven't tail drug since the 20th century. My landings were bad but manageable. Surprisingly, takeoffs turned out to be the biggest challenge. I was all over the place on the step after the little Cessna got light on the wheels. I don't recall the S-1S being that demanding on the step, but it underscored the need to get some regular taildragging going again to knock off the rust.

The flying inspired an hour or so of airplane work, removing the D-11 wobble pump, gascolator, and associated fuel lines. I discovered that my fuel level sight gauge had been improperly installed, with no way to drain water from the aft bottom of the fuel tank, as the plans show. The line went straight from the bottom of the tank, through the sight gauge, and up to the top of the tank. No escape route for water.

The rebuild plan includes relocating the mixture to a new quadrant with the throttle, putting a new fuel shutoff valve roughly in the stock mixture lever location, and replacing the D-11 wobble pump with an AFP electric pump. I'm thinking the electric pump and a new, smaller gascolator/drain would be best located up forward, probably in the same spot SamSwift used on Race 3, between the longeron and diagonal outboard of the fuel tank. I'd probably put mine on the left, though, near the planned shutoff valve location. Looking at photos online, most people seem to use/prefer hard fuel lines over braided. I didn't like the look of the twist ties on the braided lines, either. What do you all think? 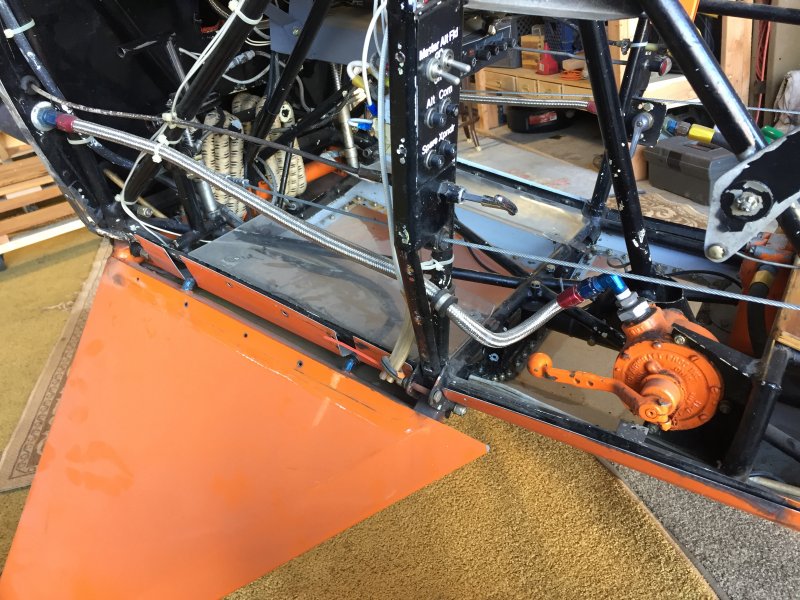 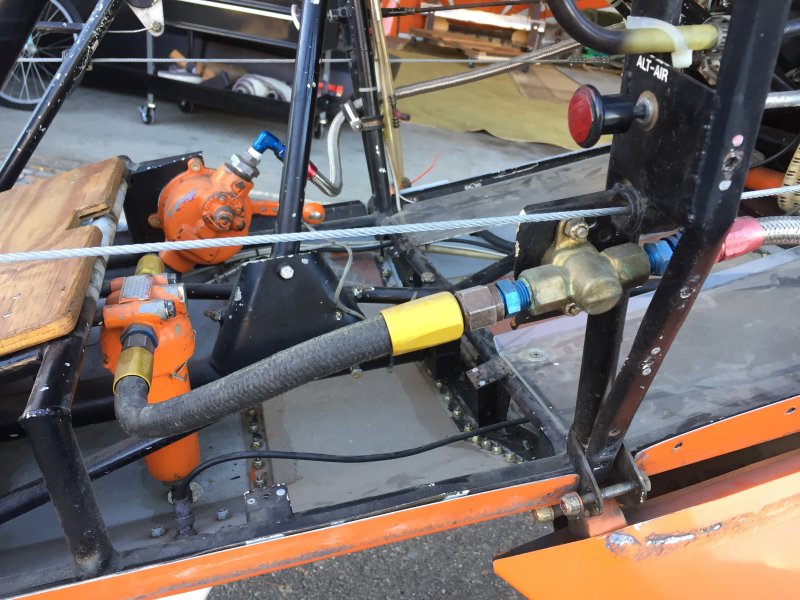 One other question. What purpose is this baffle serving on the front side of my PS5C carb? I don't see it in the plans. 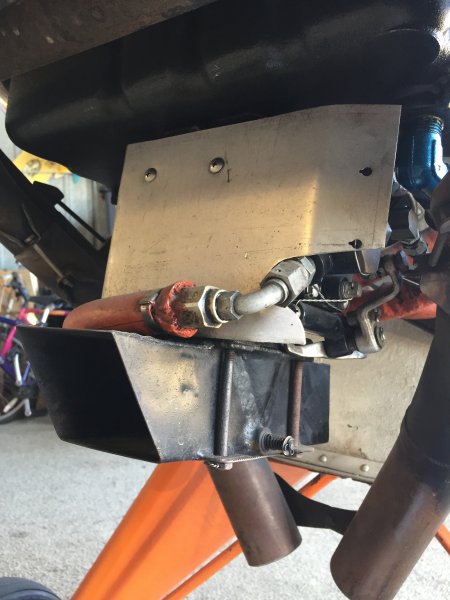