After deciding to use a header tank I've been reading up. Dmitri had a great diagram on his blog of how his airplane is done. I went back to the plans to make sure I understood the original design, then looked at how my airplane was plumbed, and finally, looked around for how others have done it.

First up is the plans. It looks to me like the sight gauge plumbing does triple duty as fuel level indicator, sump drain, and inverted vent. I don't recall air bubbles in the sight gauge when inverted, but there's a good chance I wasn't looking either. Is that indeed how the system vents itself inverted? 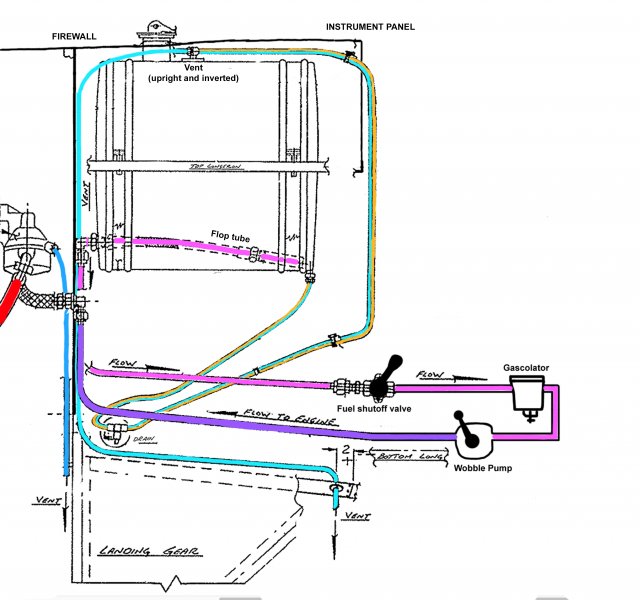 Next up is how my homebuilt S-1S was set up when I took it apart. The major difference was the builder eliminated the drain point on the sight gauge/vent line. Since it never was a problem, I suppose whenever the airplane rolled inverted it purged whatever water and other crap was collected in that line. Or maybe we just got lucky. The PS5C pressure carb also had a return line to the main tank as shown. 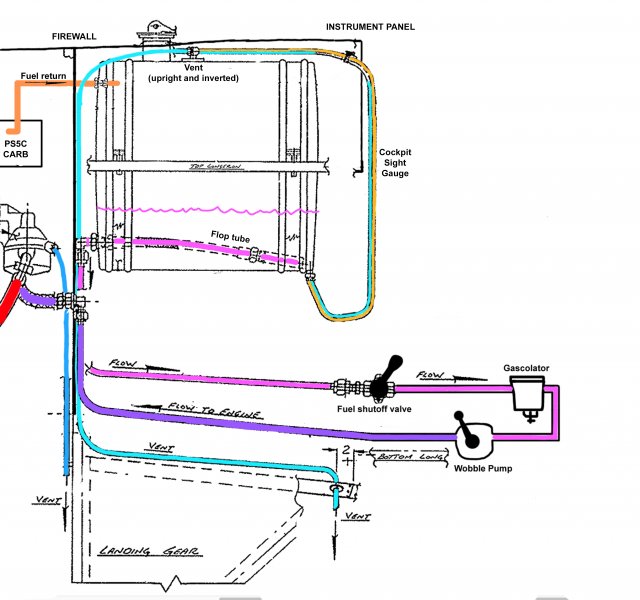 Last up is the future plan with a header tank and venting copied from Dmitri's diagram. The other Pitts on my airfield has his sight gauge plumbed into the bottom of the main tank instead of the header. I'm not sure how that works when inverted, but apparently it does. I would assume plumbing the sight gauge on the header allows it to act like a vent, same as the main tank in the original design. I'm using a shutoff valve, filter, and electric boost pump from Andair in the UK.

Anyway, if anybody sees something that will cause all my fuel to siphon overboard first time I roll inverted, please let me know! I'm trying to get a bill of materials together to build a new main tank and header. The local metal place has 5052, which many guys seem to have used in place of the 1100 called out in the plans.

Bill mentioned a standpipe in place of the flop tube is a good way to reduce weight/complexity. What would that look like? 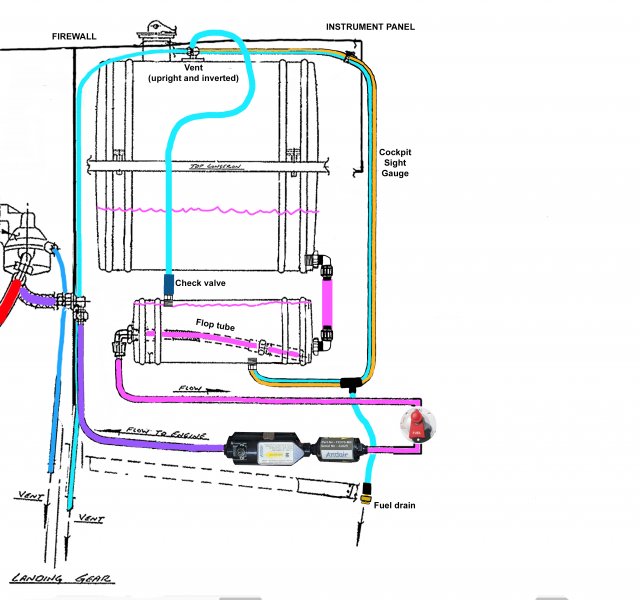