After seven years of thinking about it and drawing one plan after another, this winter my panel is going to move off the computer and into the real world. Tony's finished with the Wolf wings and finishing the new gear/brakes, so I'm getting the systems together to start on the fuselage.

I'm going to use the B&C SD-8 Alternator and their wiring plan, which included two warning lights, one for a stuck starter and one for the alternator offline (over voltage trip or switch left off). Also planning to use the MGL Blaze EMS-2 engine monitor. One instrument to replace a bunch of others. It displays RPM, multiple CHT/EGT, oil PSI and temp, fuel PSI, voltage, and also works as a Hobbs. All the crap on one display is hard to scan so the EMS-2 has a warning lamp output with user defined triggers, shown as the red "ENGINE" idiot light. I'm keeping steam gauges for airspeed, altitude, and G because I prefer them to digital alternatives. Electric boost pump with a lighted switch top to indicate "on". Area on the right is velcro...could put an iPad Mini there, or an IAC sequence card. The area under the velcro is a huge free space to mount the Trig radio and transponder boxes sideways between the panel and the fuel tank.

Required whiskey compass will be outside on the aft end of the cabane fairing. 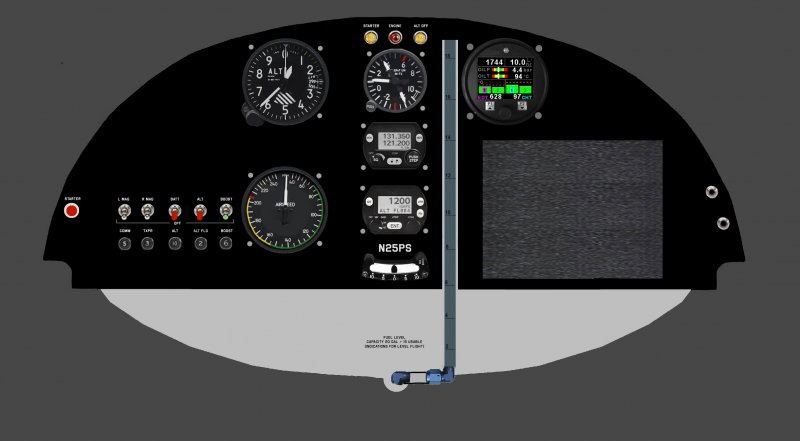 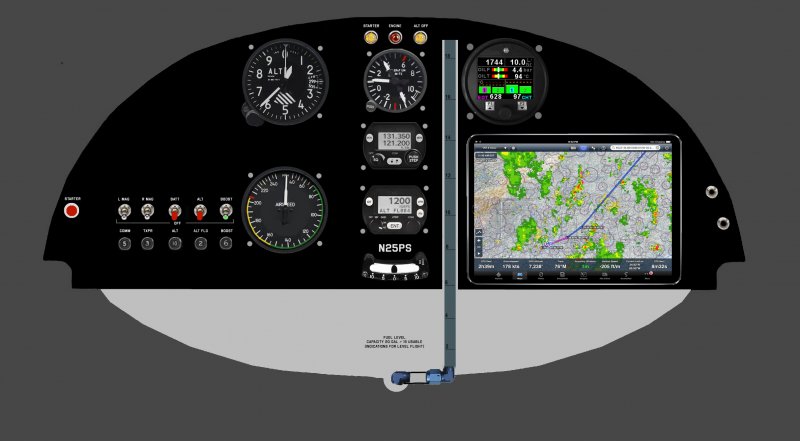 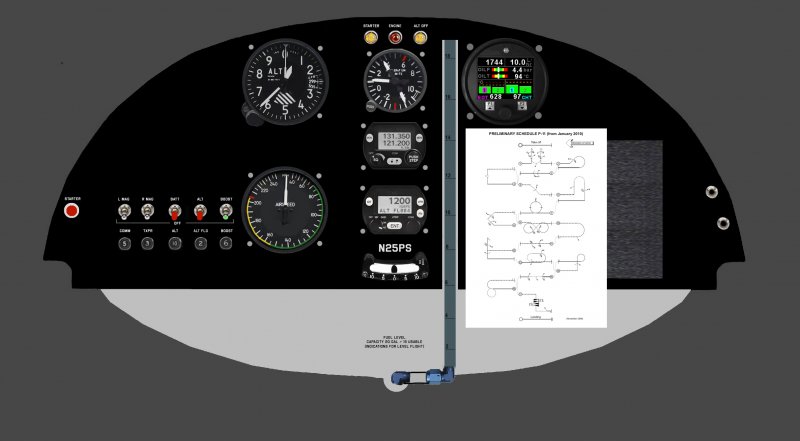