NorthEast Texas - SA 300 for sale. In shop for fresh annual and inspection at this time. Has 0-540 with pressure carb, inverted fuel and oil, Com 11 (old) radio, AK Mode C xponder, basic gauges. Airframe and engine have 578 hours since new/OH, all compressions over 70/75 -runs great, flys straight. Fabric is good- hangared all it's life, ready to fly to a good home- needs TLC. I have no time to work on it and I'm in the market for a built up RV 8. First offer over $20,000.00 takes it away. 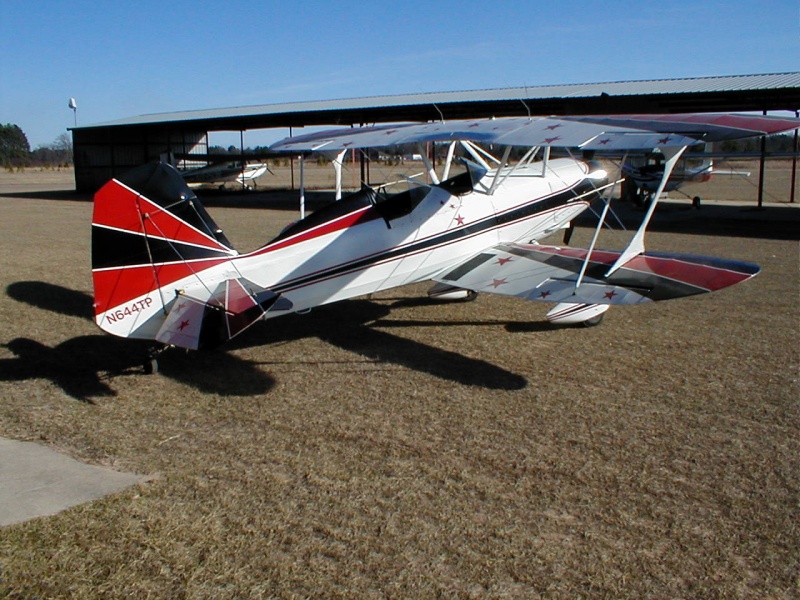 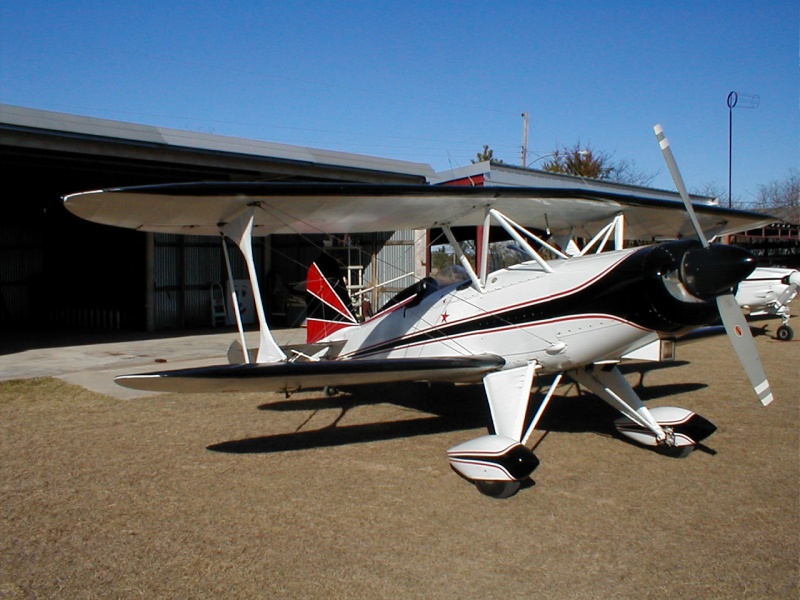 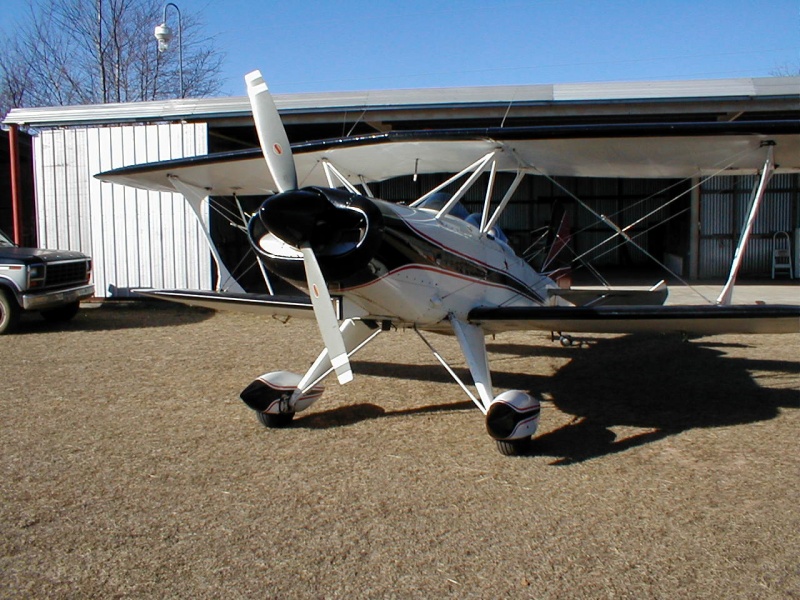 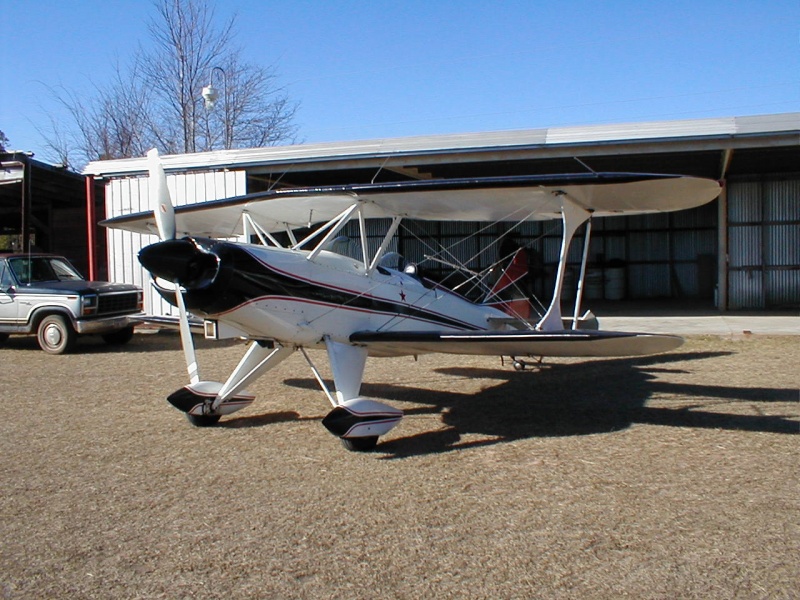 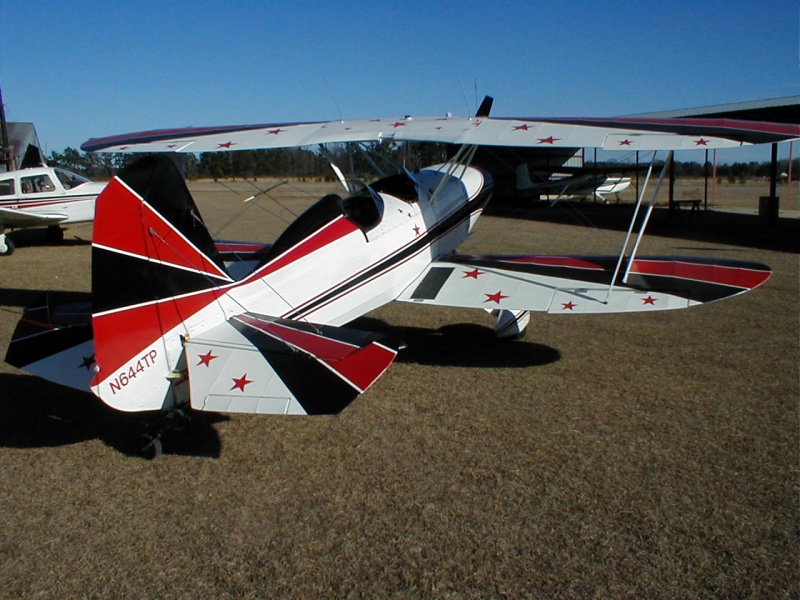 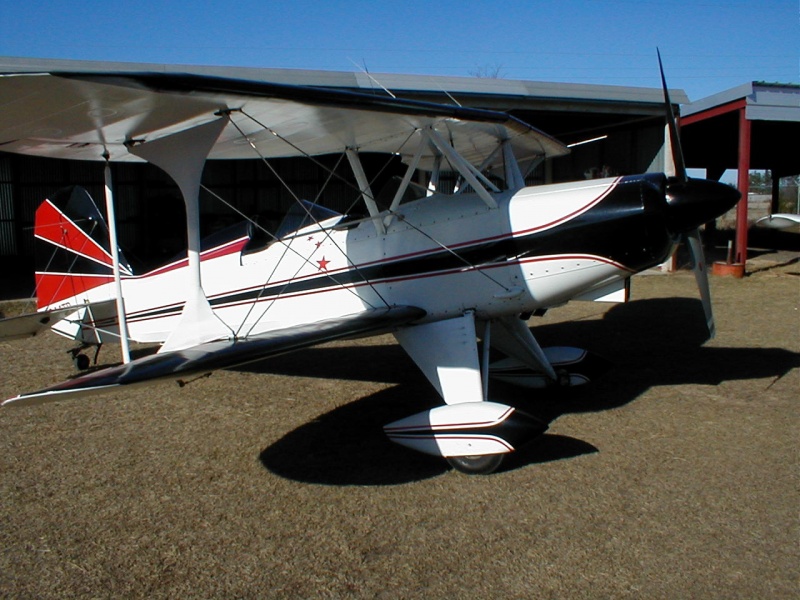 Sadly another one for sale for the sum of the streamline wires and the cost of an engine. Good looking airplane.

Looks nice but the age of the fabric would bother me. The fabric is probably OK but what about what's underneath? Anyway, good thing I'm not in the market for one, I would be dancing from foot to the other just to go and look!

The fabric was recovered just before I bought the plane (third owner) in 1995. Should still have some years to it.....

just called and left you a message ,very interested
T

Got both calls, plane still in inspection and needs old fuel lines replaced. My mechanic only works on weekends and says it will be a couple more weeks before he will release it. I will post here when it's ready to fly. Thanks for your interest!!!

just called and left you another message. Please call me back.

where are you located?
T

Located in Atlanta, TEXAS. Just south of Texarkana. I will be travelling to San Antonio, Houston and South Padre Island this week, back sunday.

your only a couple mins away from me then. im based in Gilmer texas

Very interested, did you receive my email sent to your gmail? sent on 28 Nov
T

I would have bought this but i never got a call back on any of my phone calls. If its getting worked on thats fine with me still a call back to go over it would have been nice. No PM replied to either. Hope you sell it but your going to have to return calls and Pms if you want to
T

Sorry for the confusion guys. I thought this condition inspection was to be done in a few weeks, but it's taking on a life of its' own. New fuel lines, new fuel valves, disassembly of moving parts for inspection and lube, etc... I am not sure WHEN he will finish the bird. So, for now I am removing it from the market until it is completely ready for someone to fly it away. I will post one Biplane Forum when ready. PS, not familiar with PMs, and out of town most of the week for busingess travel so I seldom get to check email. Thanks!

Really easy Tevis, on the home page at top right, click on "My Account" half way down the drop down menu is " Messages" click on private messages........time to solo , you're checked out on PMs......

PMS is an entirely different matter, best left unfathomed by the minds of men.

I've known Tevisp for years and he is totally legit and I think I know what's going on here. Tevis has found himself in a place a lot of us have been over the years. He ended up with an airplane that finally needed a lot of work and he was the one who was left standing when the music stopped. I'm sure it'll be a nice airplane for someone and Tevis is going to spend the money to make it right. His ''mechanic situation'' isn't all that surprising since a lot of people starve to death in that part of Texas working full time on airplanes.

As for Samson 2, I believe it was made for an overseas buyer, however, when I hear someone mention it'd be nice to have it back here I can't help but point out the fact that the last three airplanes I've sold, a Jungmeister, the prototype S1T, and Bruce Whittig's first award winning Midget Mustang, ALL sold overseas. Hell, I didn't even get a call on the Jungmeister (all of the airplanes were on Barnstormers) except from an old friend who bought it and he just happened to live in Uganda, yeah, THAT Uganda! No one on this side of the pond even made me an offer except one really low ball figure on the MM1 which was a total insult (for anyone who knows those Whittig Mustangs). Same thing with the T Model. None of the prices were reduced due to the fact the purchasers were in other countrys and shipping was totally out of their pockets, not mine. As I recall, there wasn't even any haggling...the planes were relatively cheap with the Euro/Dollar rate.

Bottom line....buy the damm things and keep them here! Someone's already mentioned the price for this particular Starduster is worth the price of the engine, prop, and flying wires and he's right. Tevis will take a bath on this sale and the airplane will be sold for about half the price of a new truck or SoccerMom SUV. If that won't work for a lot of folks then start building and, if you are lucky enough to finish it, let us know how that 75K Starduster flies compared to a 20K version you can have before you can get your Starduster Too Kit from Aircraft Spruce.
Last edited: Dec 8, 2014
You must log in or register to reply here.
Share:
Facebook Twitter Reddit Pinterest Tumblr WhatsApp Email Link