Probably the most exhilarating thing I have done in my life. I have always wanted a Pitts since I could remember. My dad built a Pitts pedal plane for me when I was probably 4 years old. By the time I was strong enough to pedal it, I was almost too big for it. Sadly I sold it a year ago after moving it with every new house for the past 34 years. As fate would have it though, somehow the guy that is letting me borrow his hangar ended up with it! The last few years the bug for a real one kept growing. I had looked at several but just couldn't justify the price as most in my budget needed a lot of work. Out of boredom last winter I picked up two project planes before a guy called me with a complete C model close to home. It was probably the cheapest flyable Pitts to exist and it looks the part. I practically got it for what a core engine and new propeller would cost me for the project ones.

I finally got a local Pitts expert to ferry it to an airport with a 600' wide by 3k long grass runway. I was still apprehensive about just jumping in with only 10ish hours of TW time exclusively in Decathlons/Citabrias. Granted I have about 1600 hours total and 500+ in pretty hot airplanes but that didn't make me a Pitts pilot. I tried to get some S2 time but weather, Schedules, and life kept putting that off. Finally today the weather was perfect, upper 80's 3kt cross wind, and I decided why not! I don't advise anyone to take this approach but as cheap as this one is I wouldn't have cried too much about damaging it. Made 3 greaser landings and one that turned into a go around! What a rush! Not going to hide it, after the first one I sat there in the plane pumping my fist yelling! As Budd says, land straight and it will go straight.

There is still plenty of time for it to bite me but at least I have popped the cherry and can't wait to go back for more. It's far from being pretty, or the best performing but I have only begun to explore it. It flies real well for not having trim. Much less twitchy in the air than I was expecting. Nice heavy elevator but light ailerons and rudder. It's a point and shoot airplane! I hope I get a year or two out of it before it needs to be torn down for restoration. By then I hope to have my project S done so I can transfer the firewall forward over to it while I restore this ugly duckling. 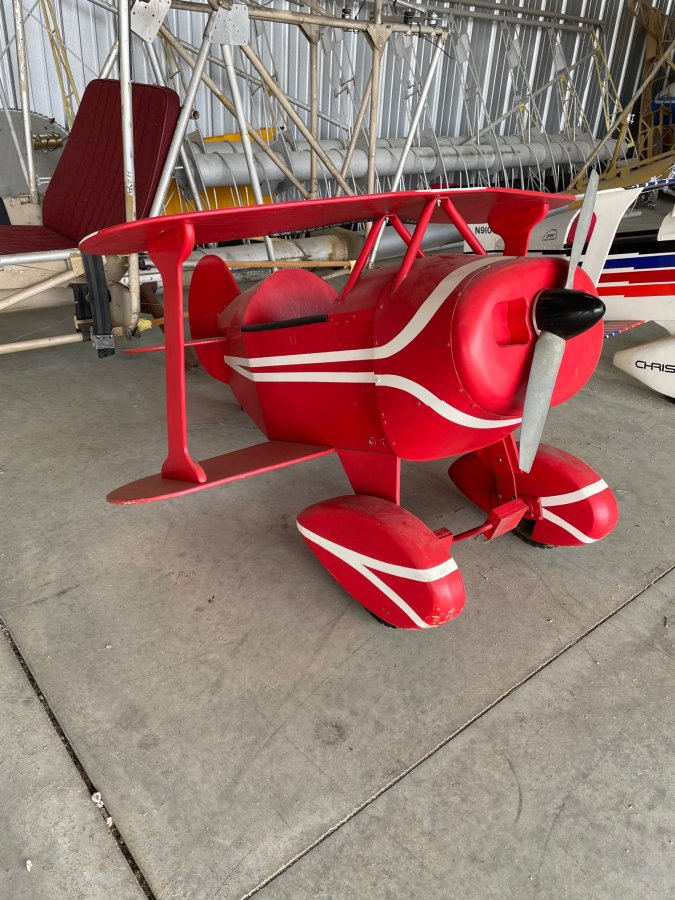 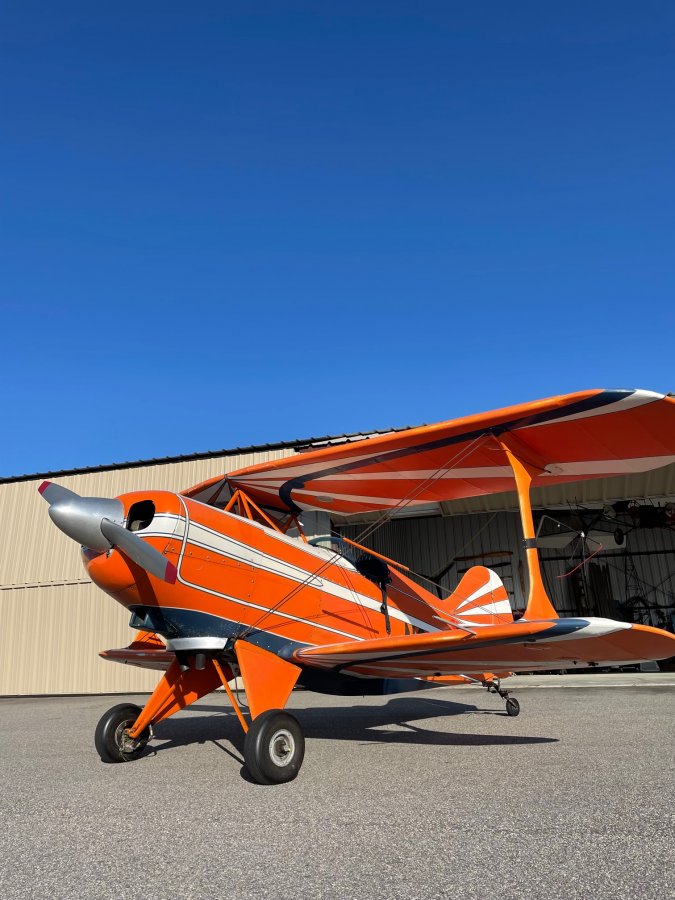 I finally flew my Pitts!!!