Don't know if any of you read his stuff but this blog is rather interesting and on point, I thought.

Here is a link,

Paranoia Pays Off
by Ron Rapp

Normally, paranoia is considered unhealthy. As it pertains to flying, however, in my experience a moderate dose can keep the doctor away much like the proverbial apple. It'll keep the FAA, NTSB, and unemployment line at arm's length as well.

There are so many things to be concerned with when aviating that I find great benefit in prioritizing them all by asking: can this kill me? The answer will vary with the kind of airplane I'm flying, of course. This is where a regular reading of safety and accident reports can pay dividends.

In an aerobatic airplane, the number one killer is the pilot himself. So no showboating, low flying, or things that being with "watch this". From a preflight standpoint (and the preflight always takes longer than the actual flight where aerobatics is concerned), the canopy latches, fuel selector, and flight controls are high on the list, as is a thorough inspection of the cockpit and tail cone area for any foreign object debris. Those are the things which, historically, have led pilots to grief in those airplanes. I once had a flight control system failure in the middle of an aerobatic sequence. It gets your attention rather quickly.

In the Gulfstream, the top spot goes to the pressurization system. This is a component which keeps the crew alive just as surely as the wings. We cruise at altitudes much higher than the average airliner, where there's precious few seconds of useful consciousness if a sudden loss of pressure is experienced. But even more insidious is the slow depressurization as it often goes unnoticed until physiological impairment is already at work. A classic example of that is Kalitta Flight 66: 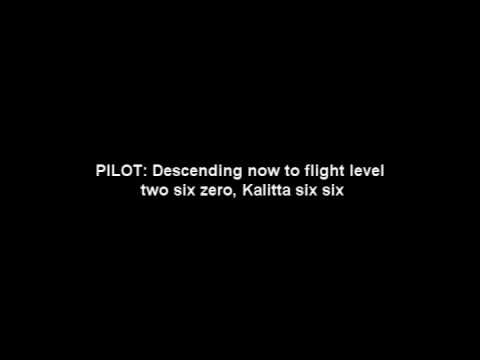 There have been so many accidents related to pressurization, and quite often they're fatal. Recently an Air China 737 dropped the masks because the FO decided to vape in the cockpit and, not understanding how the pressurization system worked, shut it off inadvertently. Instead of diverting, they completed the flight without any O2 for the pax after reactivating the packs. Unsafe? Yes, and illegal, too. As many politicians have learned the hard way, the coverup is always worse than the initial crime.

I’m also paranoid about the galley oven and microwave on my Gulfstream. Fire in an airplane is really bad. Just the other day on the way out to Hawaii our flight attendant forgot to remove labels from a catering order and almost caught the containers on fire. Rookie mistake? Hardly. This FA is highly experienced, and I'm sure she's not alone in having made this particular error. We're all aware that a moment's carelessness can lead to serious consequences, but it's vital to remember that this is as true for flight attendants, passengers, and ground crew as it is for the pilots.

I try to think of other ways things can catch on fire, too. We have Firebane and a FireSock for containment of lithium battery fires from portable devices. I’ve also often rehearsed what I’d do if a fire or burning smell was detected from an unknown source, practiced the emergency descents every recurrent, and so on. My record is FL450 to 15,000 in a minute and 43 seconds. The particular Gulfstream model I fly is at somewhat of a disadvantage over newer large cabin iterations in that there's no "automatic descent mode". That's an additional risk factor. We HAVE to get the masks on in time, every time, because the airplane has no backup technology to save us.

I’m also paranoid about things like access panels, chocks, gear pins, and the like. Those won’t necessarily cause an accident, but in my experience they’re by far the most commonly missed. I can’t tell you how many times I’ve seen fuelers leave the single point refueling door open. We see safety reports about that stuff constantly at my company.

I’m also paranoid about what’s behind the airplane. I always perform a final walk around prior to closing the door, and note what's in the path of the airplane's jet blast. I fly tailwheel airplanes and have seen them damaged by jets, especially at small congested fields like my home airport (SNA) where it's not uncommon to have a Global or Gulfstream starting up with a Citabria less than a hundred feet behind it. I love those small airplanes!

I’m paranoid about landing on the wrong runway. I’ve intervened to save three pilots from that on various occasions. “Cleared for the visual” always gets the hair on the back of my neck standing up. I personally witnessed a 757 land at the wrong airport in Arizona once at an aerobatic contest. It happens to the pros and non-professionals in equal measure.

I’m also paranoid about hitting things during taxi. The G-IV/G-450 wings are not nearly as long as the V/550/650, but relying on a wing walker or marshaller still gives me pause, especially if any of the "big three" risk factors are present: night conditions, obstacles, and/or an unfamiliar ramp. I’ve told everyone on my crew “if you’re in doubt in any way about clearance from objects, stop and shut down the plane. They can tow it the rest of the way.” And if it hits something then? Well, that's on them.

I’m paranoid about instrument clearances. I always try to have both pilots present when the clearance is received via voice, and we verify what we’ve heard and the routing prior to departure. We see a lot of lateral navigation deviances in our Event Review Committee meetings, and from what I understand that's true for every ASAP program in the industry. I say "try" because despite my best efforts, I've been given IFR clearances when I didn't want them. Sometimes just calling the delivery frequency to see if the clearance is even available via PDC will prompt them to start reading it to you via voice.

Most of all, I’m paranoid about scheduling pressure, especially in the Part 135 "on demand" environment. This never comes from my company; it's always self-induced. So: don’t rush. If the pax show up early, there’s a mechanical, the lead passenger is demanding, etc, well, that’s when things can go sideways easily. I try to slow down, take a deep breath, and be extra methodical. Never skip any checklist. If the passengers are late, they're late. I've been screamed at by an aircraft owner over this. I was nice about it, but basically said, "Too bad." It's easy to say, but much harder to stick to in a real world operating environment. It seems to be baked into human DNA and has to be fought constantly, consistently, and methodically.

It takes a lifetime to build up a decent reputation as a pilot, and just a few careless moments to destroy it. As Joseph Heller famously wrote in his seminal novel Catch-22, "just because you're paranoid doesn't mean they aren't after you".