I’d like to start off by saying I’ve done a terrible job at documenting this project. So now that we have that out of the way let just dive right in. The genesis of this project goes back to about November 2012 just after my first flight in my plane. I had problems with aileron centering (negative centering) in that I had no centering. If I let go of the stick a very low frequency roll oscillation would occur between +/-5 deg or so of aileron deflection. I noticed with time that the stick forces beyond 5 deg ramped quite dramatically and I didn’t like the feel of my ailerons or they weren’t what I wanted. I asked around and no one with wooden versions had problems but I found one other of the aluminum versions that had problem. The centering problem had to do with the trailing edge being beveled slightly from the braking process (it doesn’t take much). There is a great NACA report on this that details the phenomenon. The centering issue was the biggest problem at the moment and that took me several flights and tricks to sort out. I eventually did sort out the centering using some 3/32” aluminum welding rod taped to the trailing edge of the ailerons similar effects of a “p” strip or other trailing edge “thickener” I was able to expand the aircraft envelope out to 220 MPH with stick wraps and determined the aircraft flutter free. During the roll testing I was only able to coax 215-220 deg/sec out of the plane which also wasn’t what I wanted either. 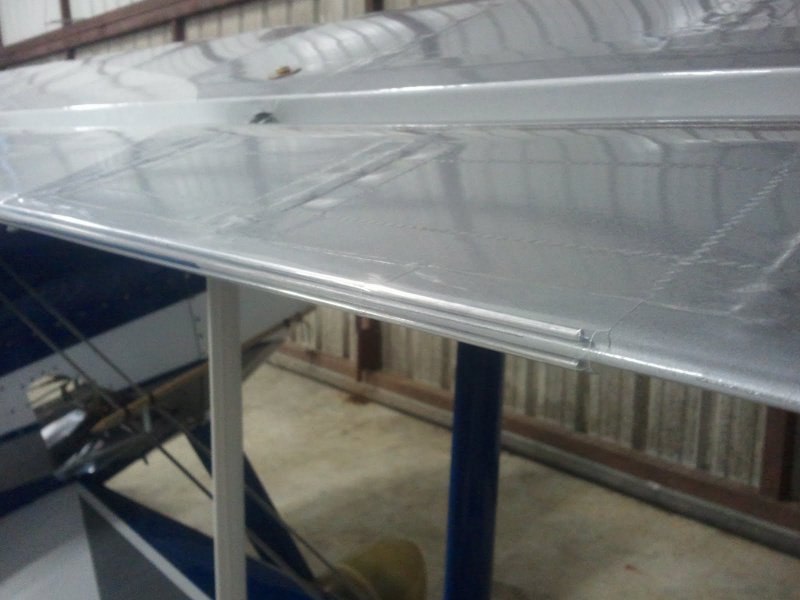 I scratched my head a bit dug through my S1-11 plans and spent a ton of time researching control surface wind tunnel data. I came up with what I thought was the design I wanted and I had some help from several pro’s in the industry to refine that to what it should be for my wing chord and airfoil sections. I refined the design and made CAD drawings of the aileron profiles I wanted and set off to build a set of ailerons from scratch.

Since I was going to make these out of aluminum again, I needed to make bucks to form them. I used ¾” tick oak and cut the airfoil nose shape. I relieved the aluminum to make these shapes. I cut my templates from CAD and banged them around the buck to make the shape (sorry no photos). I used some screws to hold the aluminum from sliding around between the bucks.

I had custom spars folded. This was an issue as the spars are about 5 feet long so Chris Murely (Griggs Aircraft) had a contact that could press break them in 6ft sections.

I had to make a custom leading edge so I purchased 2024-T3 sheet and preformed them to the correct nose radius using a 7/8” pipe screwed to my worke table and some fairing strip and clamps to form it. There was a bit of trial and error here with some smaller pieces to make sure the radius was correct. 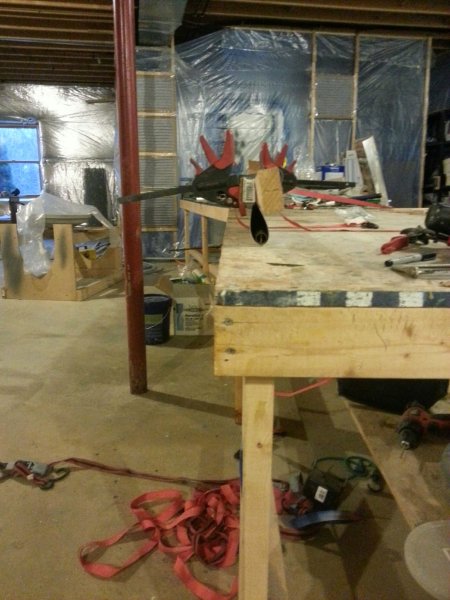 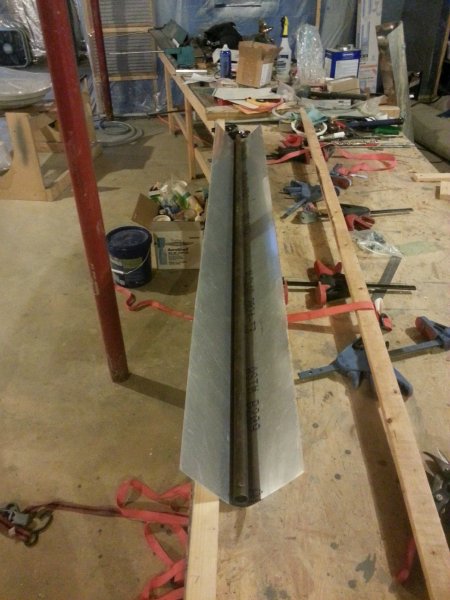 On the assembly I used 6061-T6 ¾” X 0.035 tubing. This tubing serves several purposes. It hold the counter balance weight and also formed the nose for the leading edge. Its likely not needed but hey it works. 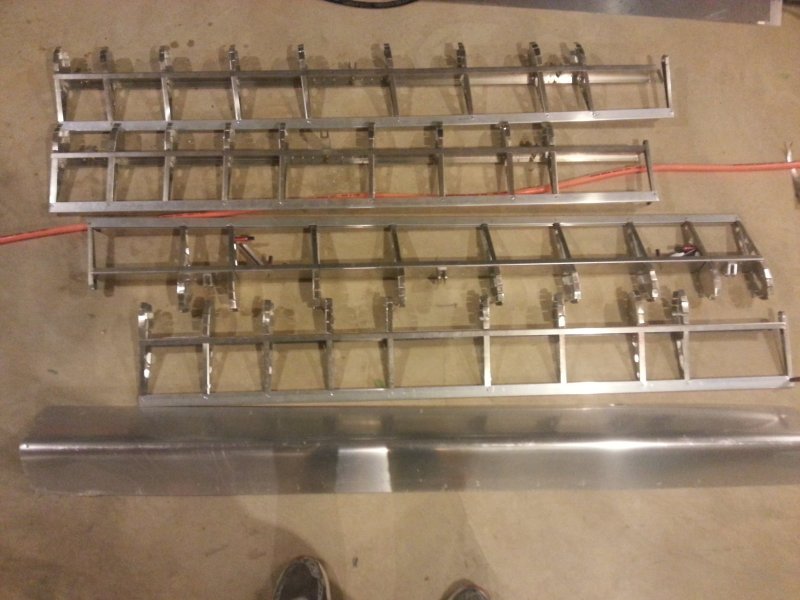 I certainly have more ribs than I need. So I could have skipped a few. Also next time I likely would have angled them at the hinges like its done on the model 12. This will give diagonal support as well.

My last ailerons were dimpled and flush solid rivet. This if way over kill for these ailerons so I went with some cherry blind rivet to speed up the build. The Model 12 uses these types of rivets along with the Extreme Decathlon. 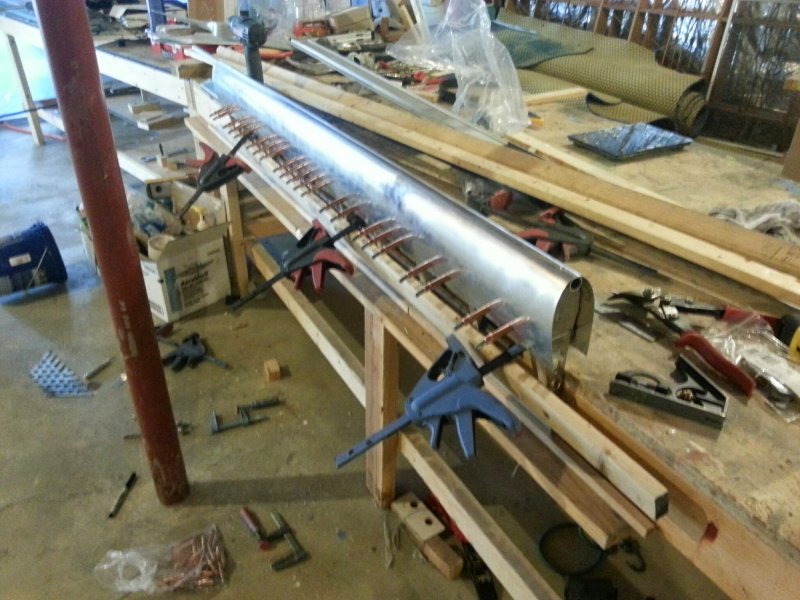 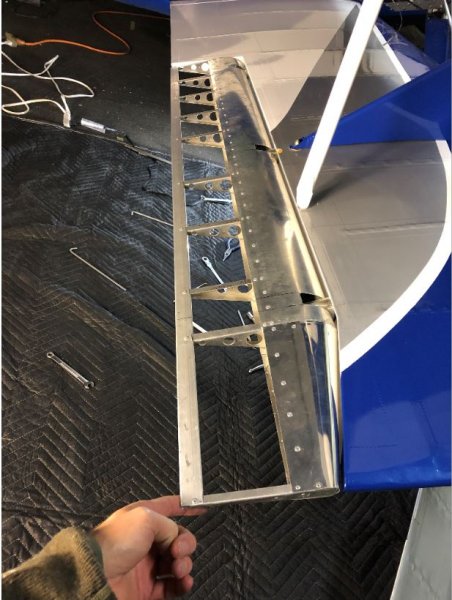 The covering is in Stewarts again which is great to work with at home and I already knew the system. The ailerons came on and off the plane probably 4 times during the build which was a super pain in the ass. 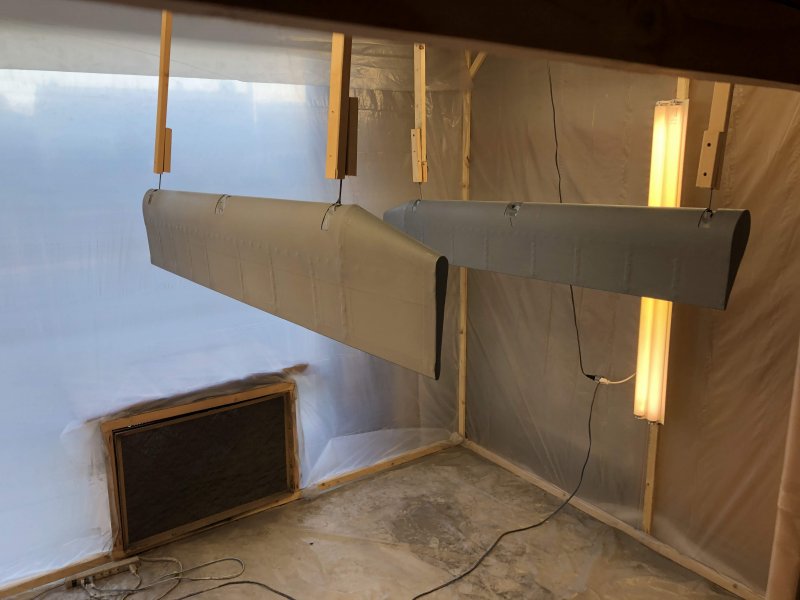 Once I got them painted to white I installed them balanced them to 60% the required balance for 100% including my slaves installed and flew them just white. Also I had to get a new flight test area established in CA since mine was in MD and I put the aircraft back into Phase 1 flight test for 5 hours IAW my ops limits. It was an easy email back and forth with the local FSDO. 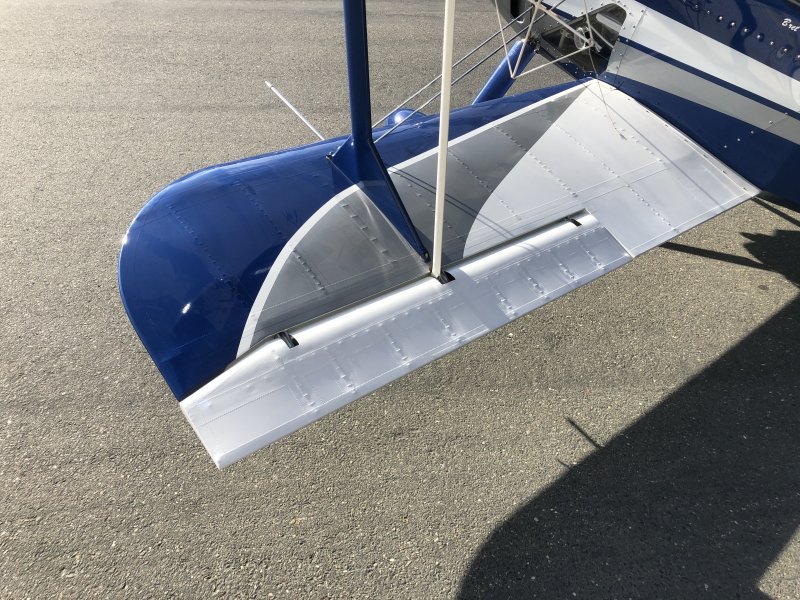 So I took about 6 years to make these ailerons and the finished set packaged up and moved by our movers when we moved from MD to CA. There was probably about 3.5 – 4years of that 6 They sat in storage doing nothing so there’s that excuse. Oh and I moved across the country started a new job and had two kids in this time period.

Source for Fiberglass and CF product