Hey guys! I am making these custom spark plug trays...for WAY cheaper than the store bought versions...and they can be customized with your "N" number too!

$35 shipped priority mail! ($25 for all additional trays to the same address)

Easy to read numbers and letters.
Stout and solid, yet elegant and smooth.
Will last a lifetime!
6 cylinder applications as well as 4 cylinder versions!

Check out my website, fill out the form and email it to me and I'll build and ship your custom tray!

Hey guys! Haven't heard much from the forum in a week or so. Let me know if you are interested in any trays as we approach the holidays, I'm getting busy and down for annual (owner assisted) so order soon if you need a tray before the holiday season.

The one I purchased and returned from ACS had a typo in the engraving. One of the cylinders had two B's. Um...made in China?

Go USAF and Made in the USA.

Yours is almost done Kevin! You are officially the first Biplane Forum member to order a tray!

I received my custom spark plug tray this past weekend. Beautiful craftsmanship, quick easy transaction via paypal and "Made in the USA." Much better than the cheap ones sold by ASC and others made in China. 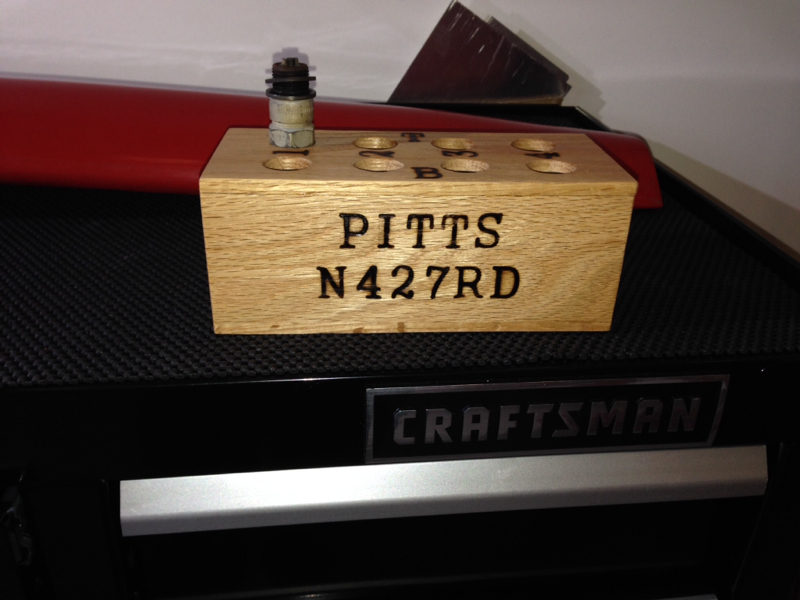 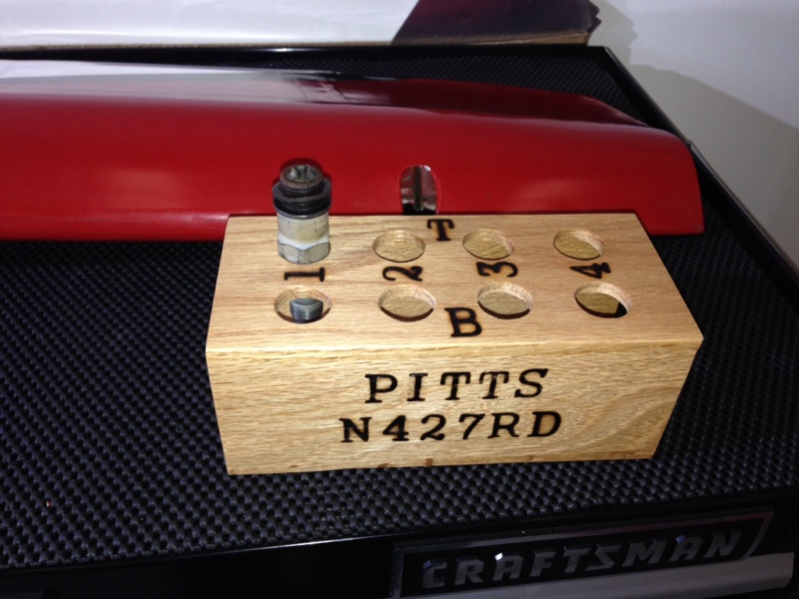 Thanks! It was fun crafting your tray and I'm glad you like it! I hope to do many more for you guys here!

Hey guys, I'm shutting down the woodshop for the remainder of the month! Today I start tearing down the Bo and on Monday we begin the annual. I'll be there all next week assisting and gettin' dirty!

Have a safe and happy holiday and I look forward to getting back in business for you guys in Jan!

The shop is open guys! Order your custom trays. Thanks!

I've got a bunch ready! Just need branding, whatever you desire! Can have them out the door by this weekend!

New pricing due to additional refinements! The new trays are better than ever!
P

How about doing a 14 and 18 plug version for those of us doing radial engines?

Great idea! Is this something folks here would be interested in?

I'll PM you as I'd like to see what ideas you have and maybe we can design something cool. Are the plugs the same size? I know very little about radials.
P

Yes, the plugs are pretty much the same. The bases are the same. Some of the older plugs have thinner stems. Two plugs per cylinder.

I always have wondered why plug trays are always two plugs wide and not laid out like an engine. Two by two or three by three like the flat engines. With the plugs in engine cylinder layout formation.

You also have the light sport guys to think about as they use a 10, 12 and 14 mm plug. No one that I know of makes anything for a Rotax, Jabaru or UL Power engines.

My thoughts on the radial caddy would be circular, laid out like the cylinders. The 7 could stack on top of the 9 like a lazy Suzan tray.

The Stearman and military guys with AT6's and such would eat these up.

Thanks for the tips! I PMd you my email address, shoot me an email if you have any more design ideas. I'd love to get some specifics!

To answer your question about current tray design. Part of the reason they are designed the way they are for flat 4s /6s, is that it is recommended that you rotate your plugs after every cleaning. Remove them and place in the tray as indicated, inspect and clean. When you are ready to replace them, rotate the tray 180 so the side lettering faces away from you. Now, forget the top lettering and numbering and work left to right replacing them in cyls 1-6 (or 4).

Buy using this method you get a perfect plug rotation per manufacturer guidance! 1T becomes 6B. 3B becomes 4T, etc etc!

Thanks for the great ideas!

Got some ready to go, and some of the new radial engine trays as well!