Finally attached two pieces to each other last night after a few months of working to get things moving so it's officially underway. This is my fourth attempt at a biplane project and it's a top two or three bucket list thing for me so I'm going to get it done this time.

In trying to decide what to build I had a few criteria; it has to be buildable from plans, have stock or close to stock power, and it has to have SS ailerons. I've always had something of a you-know-what for the -11 and if I'm only going to build one biplane it seems that that's the one I should build. I'll worry about flying it when the time comes!

The plan is to use the four cylinder Lycoming IO-390 at 210 to 220 hp and the work has already been done to figure out how to make that work but I'm making parts in an order that will let me put off committing to that for as long as possible. A -11 with 220 hp should be somewhere between an S1-T and an S2-S but that's a wild ass guess on my part. I've got an unofficial empty weight goal of under 950 pounds which would be lighter than most S1-T's so we'll see.

Stuff that has happened so far includes lots of CAD drawing to get the ribs plotted and printed for jigs and templating of parts. The rib gussets were laser cut and are ready to go. I also called Rob at Raven aircraft to see if he's still making -11 parts, he isn't, but he had some leftovers which we were able to make a deal on. He had a set of drag wires and some of the wing fittings like the slave strut attach brackets, wing attach fittings for the fuselage and cabane attach points, and some other plate parts for the controls. I also got a good response from an email I sent to the aerobatics list which resulted in being able to buy a full set of laser cut plate parts and two of the four streamlined tail brace wires. I'm also waiting to hear back about aileron hinges and tip bows which would both be very nice to add to the pile of parts.

I hate being told I'm wrong as much as anybody but I appreciate what it does to make the airplane safe! Please don't hesitate to point out where I can be doing things better.

For those of you that have already been down this road, there's a thread for -11 owner/builders and a Google Doc spreadsheet for cataloging errors/omissions in the drawings. Here's the link to the thread, the link to the spreadsheet is in the first post.

Hi folks, Since there isn't a specific sub-forum for the type I thought it might be helpful to start a thread that can serve as a dedicated repository for info/lessons being learned along the way. I'm just starting my project and will post a thread when there's something to show but there are...
www.biplaneforum.com 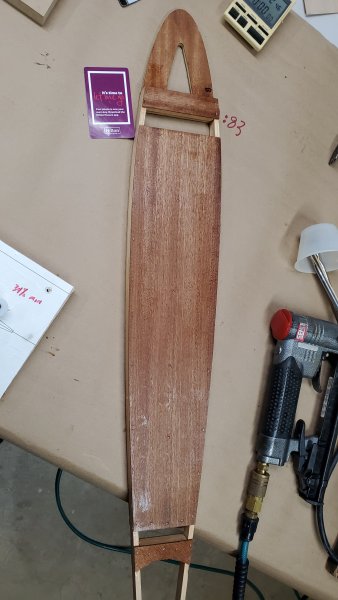 Very much looking forward to what lies ahead.