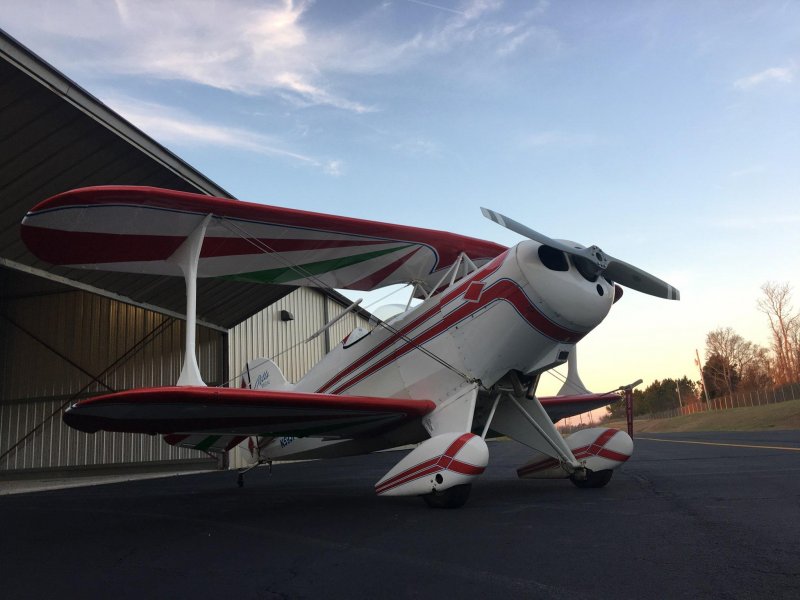 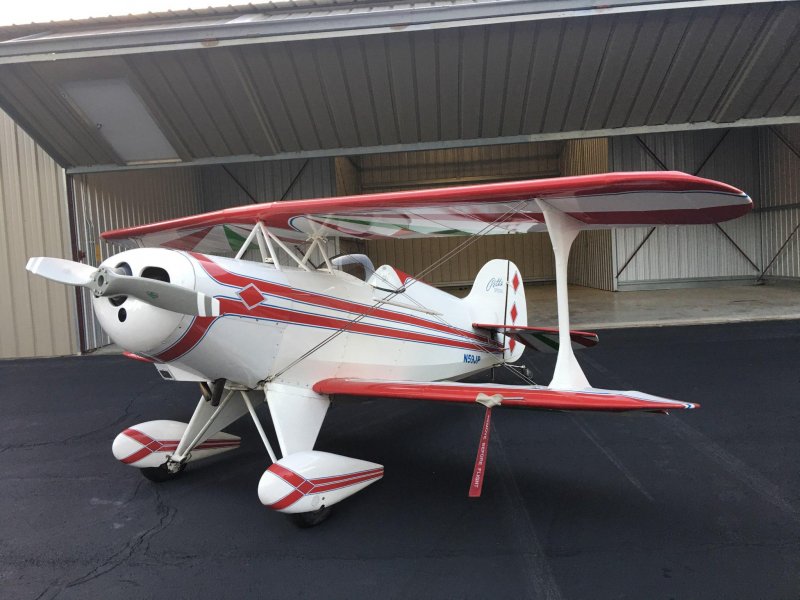 Dang...if I wasn't in the middle of retiring and moving everything 3000 miles, I'd be interested in it.
Looks nice.

Well, you could pick it up on the way to Georgia.

I looked at this plane. Too bad they are removing the engine but they feel it is worth more separated. It has inverted fuel and oil.

Just bumping this back up. Add will be going to Barnstormers in a week or so.

I haven’t inspected this plane, but I flew it several years ago and I knew the owner. I know he didn’t skimp at all on maintenance. Sadly, he was killed while flying a FlyBaby that was modified to look like a WWI German airplane. His widow was left with the Pitts, and the fellow that bought it just wanted the engine. Everything behind the firewall looks nice, but again, that’s based on a walk-around and memory, not a detailed pre-buy.

I should NOT click on this thread. I had a Red & White one and always wanted a White & Red but I fear time has passed me buy. Someone should jump on this, the C is a very sweat ride. If someone close to Cumberland Md. buys it I'll offer free space in the corner of my hangar, help with engine install and won't even ask to fly it.
It makes me feel younger just looking at it's picture.
Jack

Sorry my friend but it's exactly what I do NOT need. I'm close to getting the A-Duster going again and that is much closer to my speed.

Not to mention that I'm BROKE! I'm thankful for what I have. (life is easier that way)

Is she still available? I’ve got some here in Australia looking for a pitts to hang up in their hangar

As far as I know. The sellers contact info is in the first post. You might try this E-mail. <[email protected]> He is near Memphis Tennessee, U.S.A.
Last edited: Mar 1, 2020

CraigB77 said:
Is she still available? I’ve got some here in Australia looking for a pitts to hang up in their hangar
Click to expand...

I hope this is not meant literally - as in "static display"!

My brain says 'no'. My wallet says 'no'.
My hangar says 'no more room'.
The little guy on my shoulder with the pitchfork... he says, "Psst, hey boy....wanna have some fun?"

toobuilder said:
I hope this is not meant literally - as in "static display"!
Click to expand...

I’d buy her and restore to fly, but we’re looking at about 20k AUD just to purchase and land it here. My last S1s owes me 31k AUD delivered before restoration and engine!! We get absolutely screwed

cashflyer said:
My brain says 'no'. My wallet says 'no'.
My hangar says 'no more room'.
The little guy on my shoulder with the pitchfork... he says, "Psst, hey boy....wanna have some fun?"
Click to expand...

I even have room but everything else applies. Thankfully the guy with the pitchfork has less influence on me lately.

A deposit has been placed.

Great looking airplane. I am interested if it falls through.