Could it be doable?A sliding canopy on a Skybolt that i) doesn't take 200-500 hours to build and ii) doesn't weigh like an anvil (Firebolt design).


It looks like I am going to delve into the murky depths of true experimentation...well, at least to a mockup stage, just for grins [at least for now]. Of course, I don't have the gonads or experience to play around with this on my own....but as the TV commercial goes,I know a man who does :0)


A local buddy of mine with experience in canopy system design for the F1 rocket andfitting around 50 canopy systems on RV's Zodiacs,Rockets etc, was curious as to why most skybolts had clamshells or open cockpit. I gave him the background to the Skybolt, mentioned the firebolt canopy, and basically told him that a lightweight uncomplex sliding canopy on the skybolt was like the holy grail etc.Being a typical German [Porsche engineeringapprenticeship etc], he seemed to think it a challenge to come up with something. I was of course indifferent about the whole thing, since I had kind of made up my mind thatI would be going the clamshell route with the separated front windshield.


One day he showed up andtook the basic footprint measurements of the area from cabanes to turtledeck, then disappeared. I met up with him a few days later, and I guess he was victorious with his brainstorming, because his greeting was 'it is possible!'. He then went through some preliminary details and principles of how he got around some issues etc. The bottom line is, the system would be based upon a hybrid of provenRV and F1 Rocketmethodology. We left it has, I would make a mockup MDF footprint of the track area so he can thencreate a running model.


Canopy aside, this guys work is amazing. I've seen him make a funky shapedfirewall for a 1937 Rearwin from one piece of steel, to flawless glass work, to rescueing poorly built RV and Sonex projects.


Still..I am a little skeptical, since I figure if it could be done (done=successfully and a standard), it would have been done by now. So, we will see.


I'll keep you all posted. 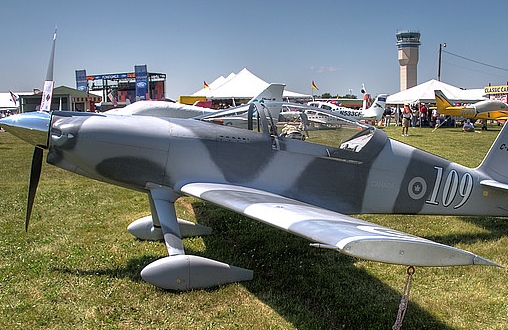 Insurance & Getting Into Ones Golden Years
2 3 4