I started this thread to post my progress. If it's a question about my Skybolt, ask it here. Keeps the Thread high jacking down.
I started my Skybolt in 92. Making modifications and improvements I thought necessary or the mod's I wanted. I want to keep it light, but I am not a Fanatic about it. You can put an engine on a rock and make it fly. I don't fly inverted for 15 minutes or do hard core Aerobatics anymore. I just want another bipe that will give a good cruse speed.

The fuselage was all done except for rigging and welding the lower aft wing attach. Had a Riley Rocket conversion Continental TSIO-470 on it. Been looking for a low time since new Jacobs radial for years and finally found it.
It's a 1974 Jake off of a Gruman AgCat. Gruman courted Jacobs and Page to make a good radial for the AgCats made in the 70's. Most Ag sprayers found that it was under powered for them so most removed the Jakes to install 450 P&W's. You can still find the Jakes firewall forward, but you have to look real hard.
Removed the 470 and now close to completing the mount for the Jake.
Now I have to fair for the Radial and do a few other mod's. 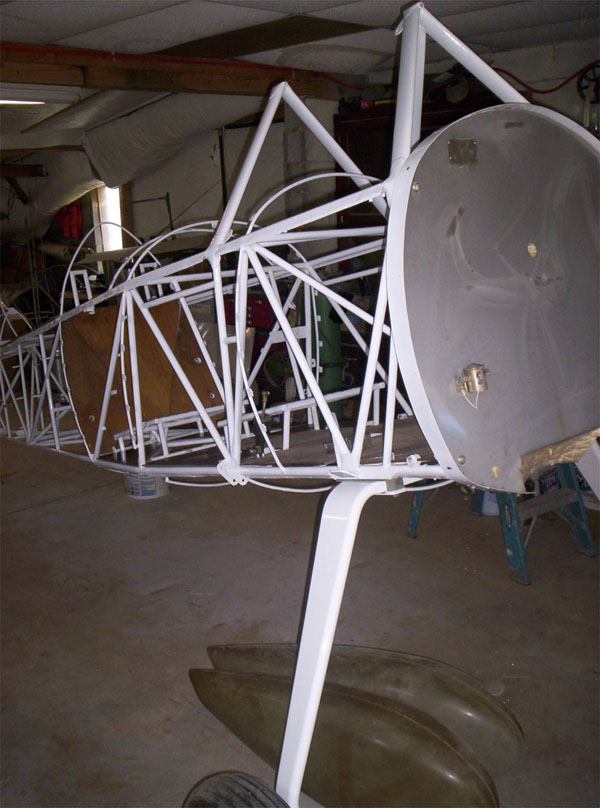 Culp Biplane/Skybolt with the M14
2 3

Aircraft Value Today and The Future