Posting this for the family.

Aircraft Status: The aircraft has been sitting for an extended period of time. The family should have a good idea how long. This aircraft was built by John Cawood in the early 80s. He flew a few contests in the Sportsman Cat out of Calhan, CO. John was one of the founding members of the active IAC 5. John passed away a few months ago and the family is selling the Duster. G. Baker, D. Glaser and myself (IAC 5 Members) looked at the aircraft in early March 2017. Here is my assessment. It is currently in very dry storage at KFLY. First impression of the aircraft is the aircraft is a very nice build, very straight, built with care. Wing to ailerons and tail group lines up very nicely. The wing is 100% wood including the leading edges. He did it right. The overall finish is very good. Good detail to the application of the surface tapes and fabric install. It is covered with Dacron. It appears to be Stits Poly Tone process. The entire aircraft is fully assembled. The wheel pants were off. Cleveland Wheels and brakes installed. Maule type tail wheel. He installed little doors on each side of the cowl to service the little brake reservoirs on the pedals. Very nice. Since it has been sitting for extended time, at a minimum, change all the fuel and oil hoses. Change bungees. Tires look good.

Engine Status: There is currently no elec system installed. Hand prop, old school. The engine compartment is very neat and clean. Very simple install. It is a Lyc 0-320 solid flange type. There is a tail wheel quick release on the left side of seat. A metal McCaulley prop is installed. It does have inverted fuel and oil. The inverted oil system is the old generation machined billet valve and oval shaped tank. This was the std prior to Frank Christian system. I had one on my first Pitts, worked great. Dual Bendix mags installed. They are red labels, so very high chance of AD notes (magnets, bushings, coils, condensers). Data plates are installed on mags. It has a slide injection system. Dont know the type. It has been to long since I have seen a POSI. Just not sure. Does not appear to be an Ellison. As I stated no elec system. I did not see a wobble pump or primer. I dont know what the start procedure was. Need 2-5 psi for a slide injector to work. He may have used the head pressure from the top wing tank for start and then switched. If a starter and ring gear are to be installed, you will need to fab a new cowl and move the nose bowl forward to accommodate the ring gear. I would replace the mags with Slick type (reduce more weight). I would have the slide injector gone through. Replace the Mech fuel pump with ovhl unit. As is stated, very dry storage. Aircraft will require a Continual (Annual) inspection prior to flight. The engine oil is pretty clean, only a few hours at best. There is always a chance of rust inside the engine. But we are very fortunate to live in a low humidity environment. You can weld on a piece of 4130 and spray it down with water and lay it on the hangar floor. Come back 10 years later and it is just as you left it. I took some pictures. You can contact Bob Wright for purchase. I can answer more questions based on my look see. 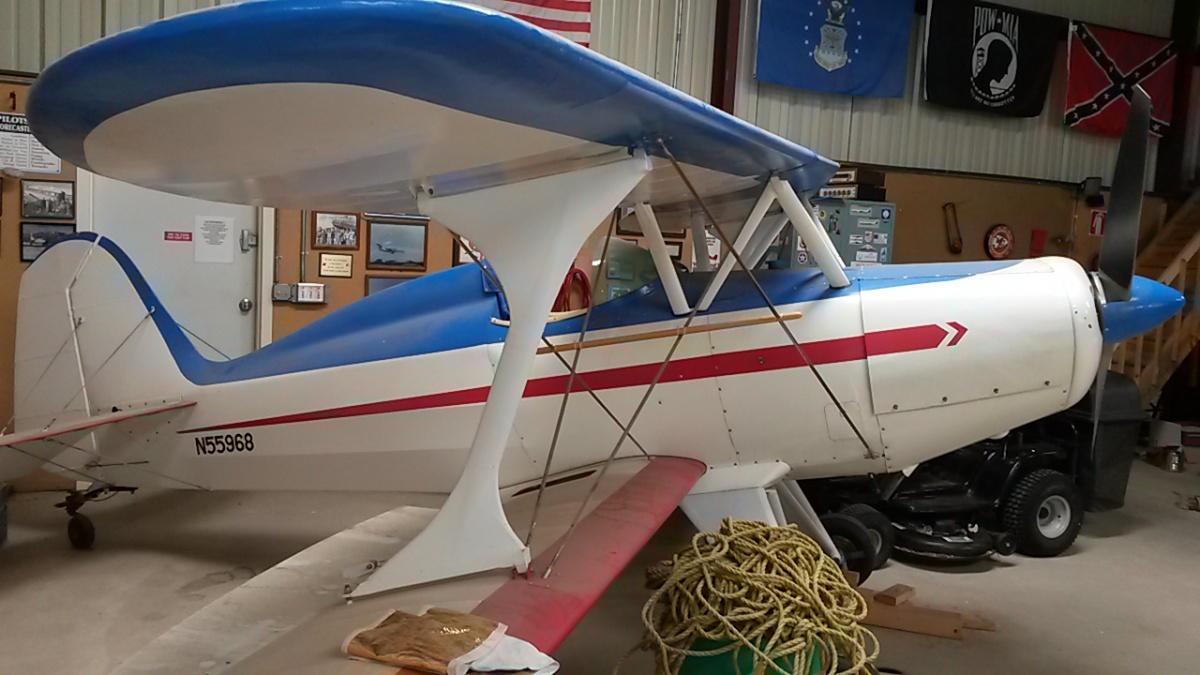 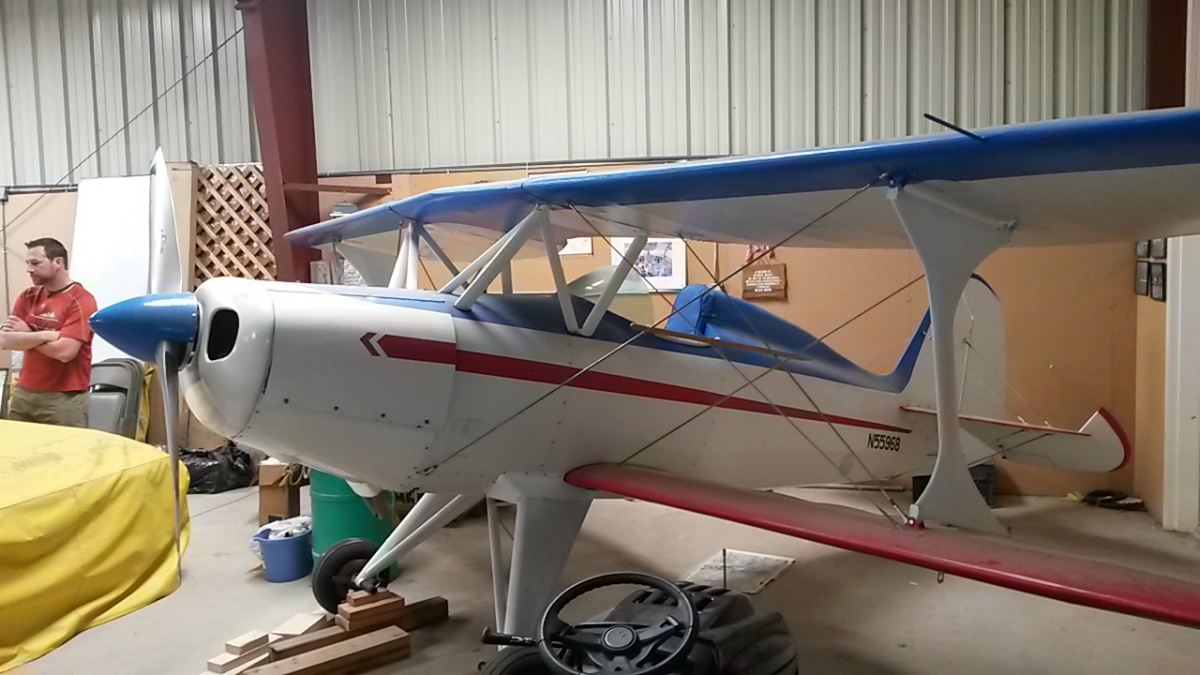 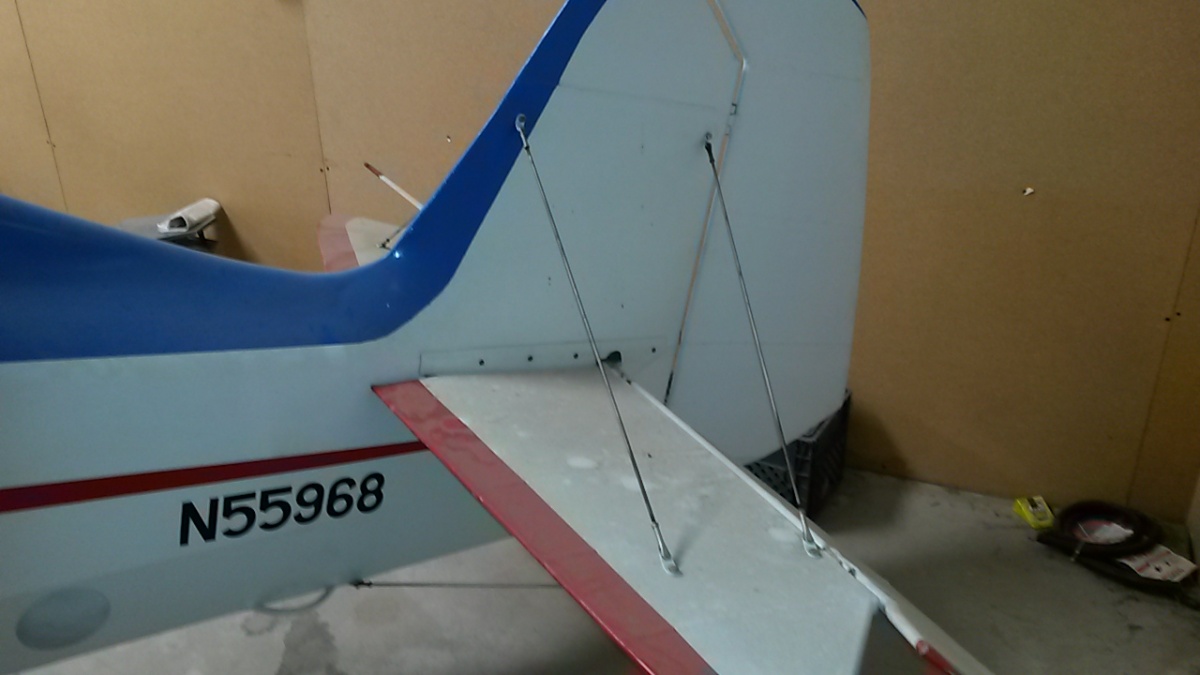 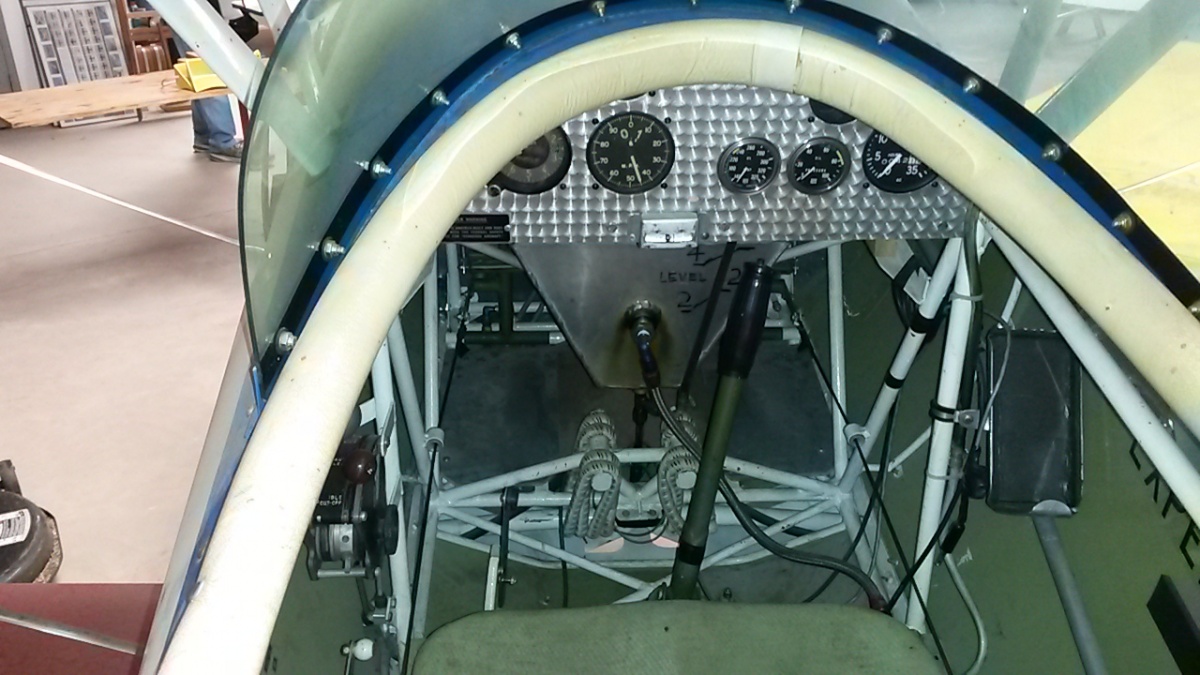 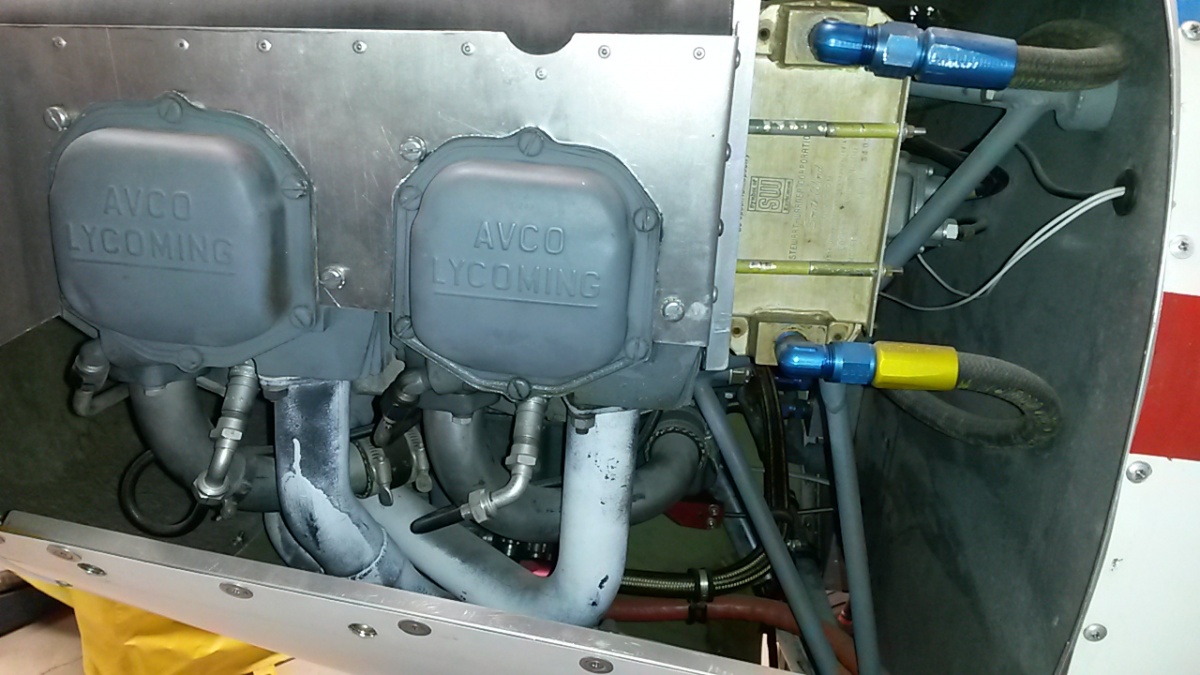 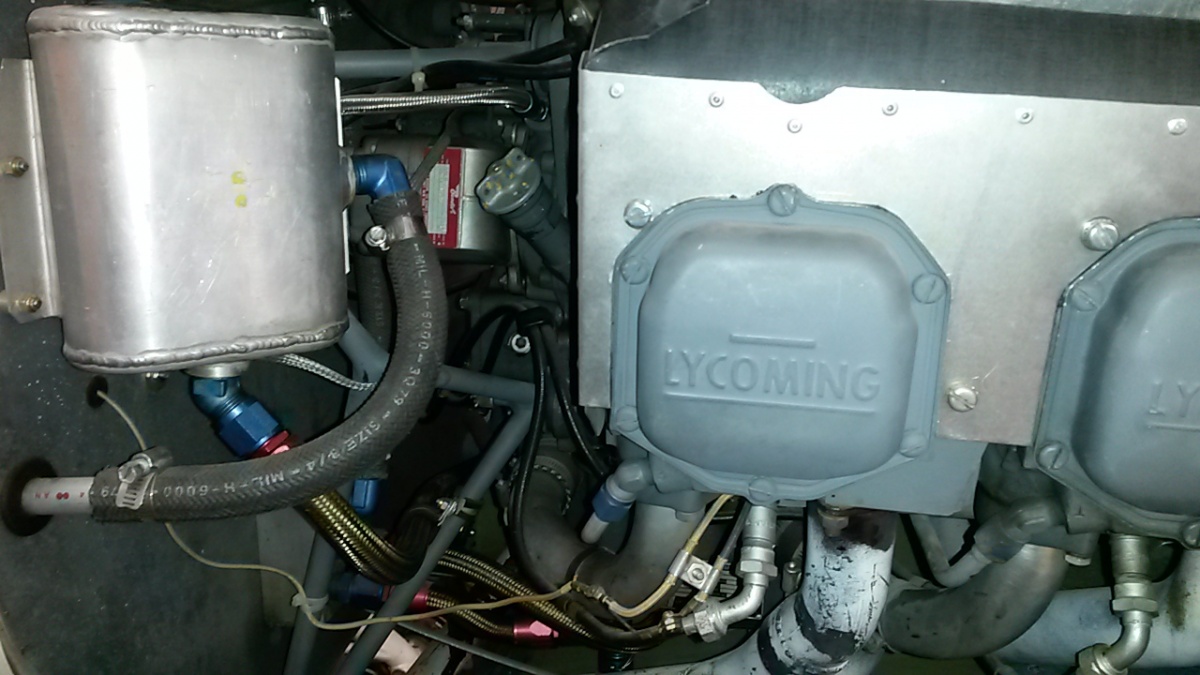 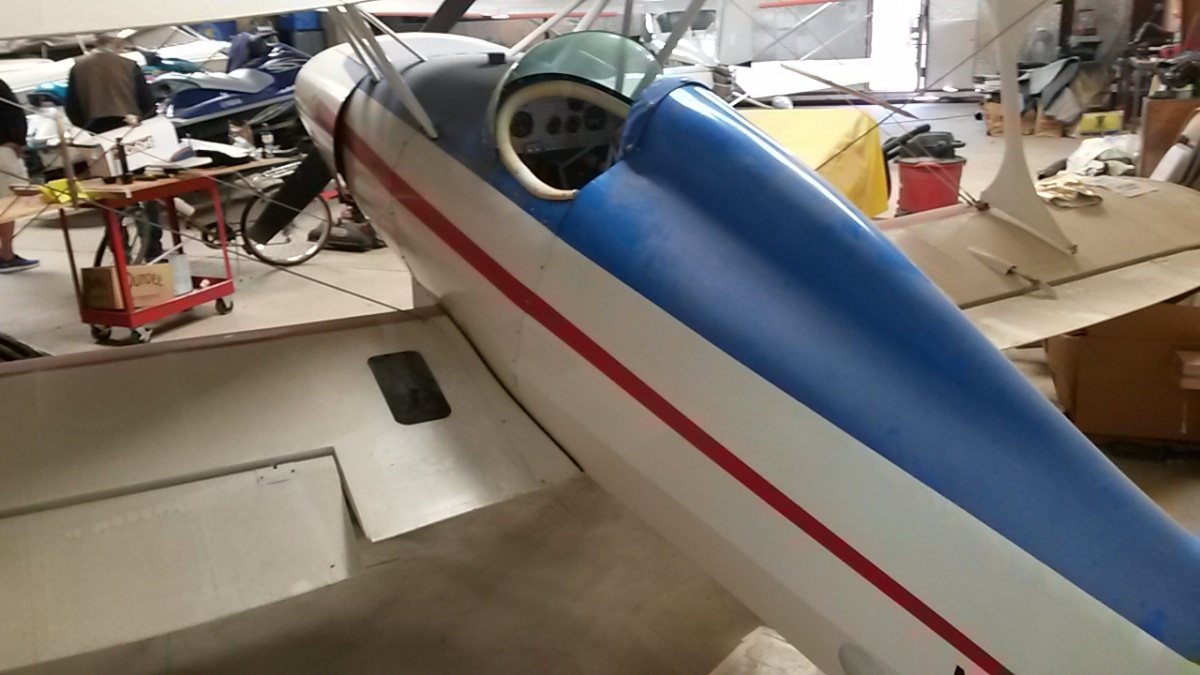 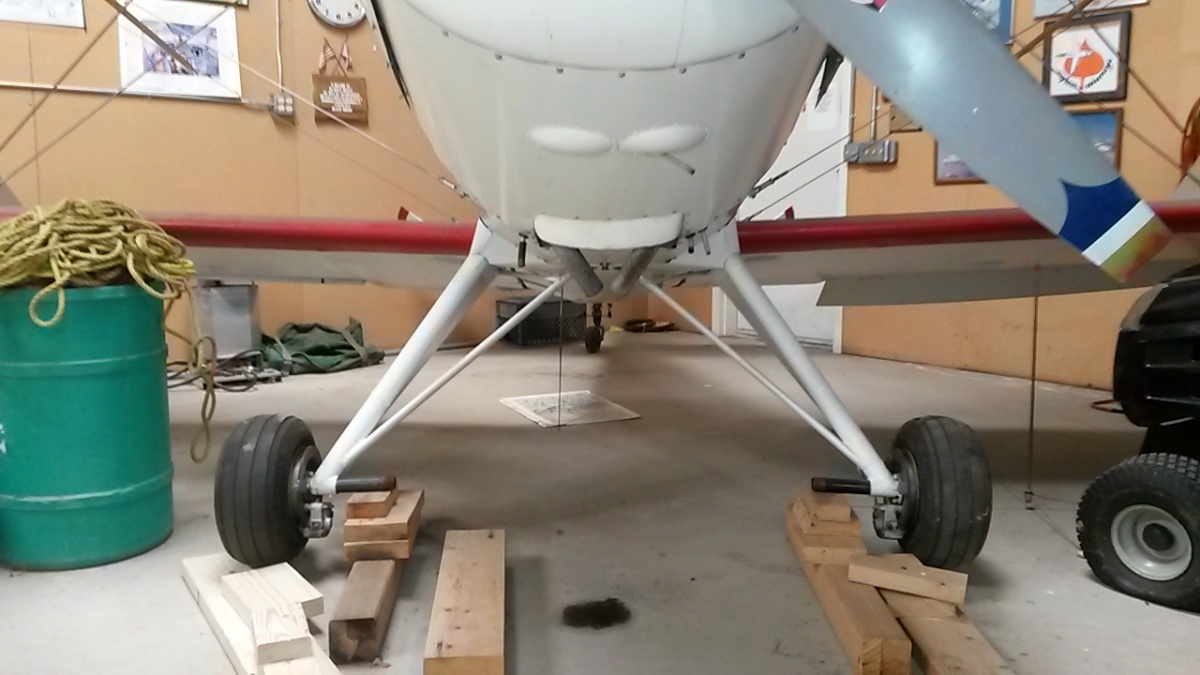 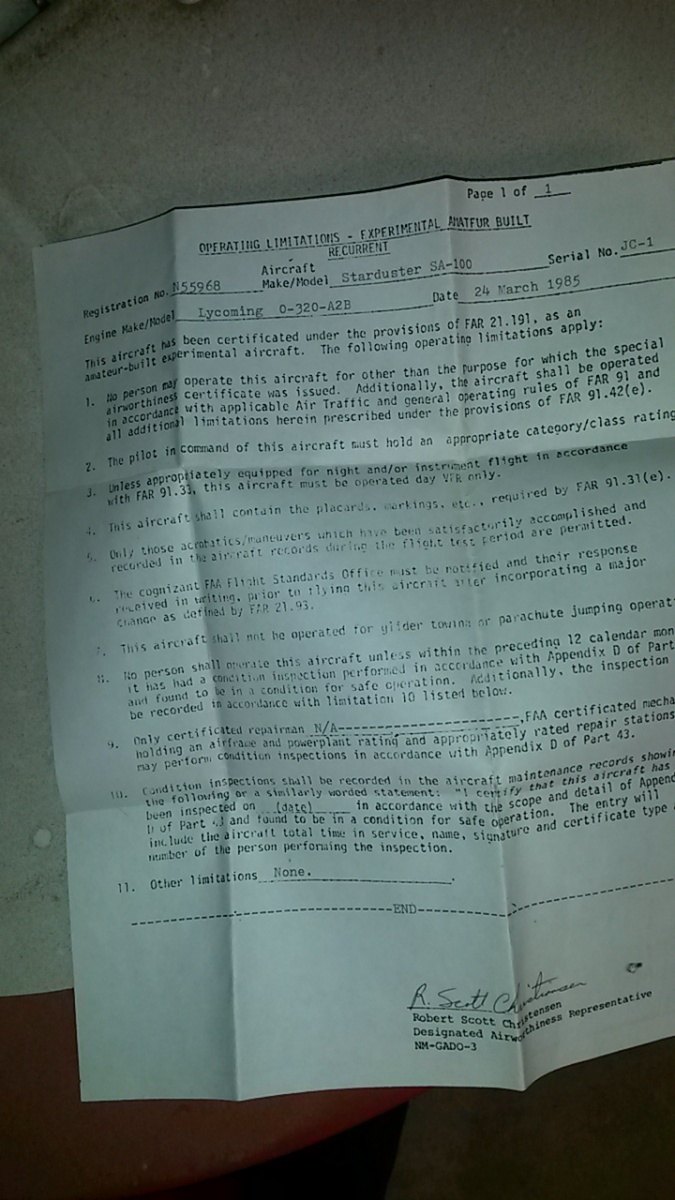 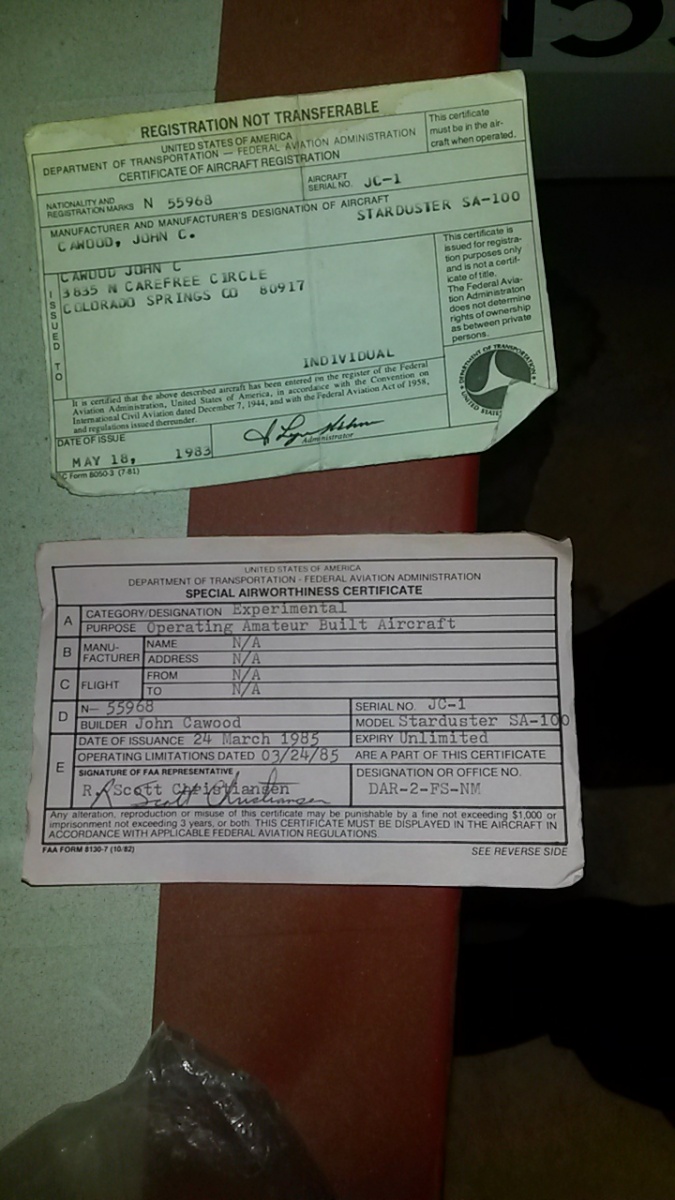